Teddy Roosevelt Launches FBI With a Push from Napoleon? 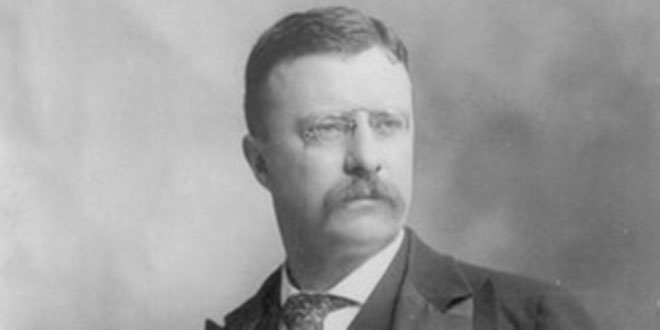 The FBI is not the oldest federal criminal investigative agency in the United States. The Secret Service beat us to the punch on July 5, 1865. Until that time, many investigations involving crimes affecting federal government personnel or property were conducted by local police forces or hired detectives. A recent example of this was the Dallas Police Department’s jurisdiction of President Kennedy’s assassination as a local homicide. By the end of the Civil War, it was estimated that one third of the nation’s currency in circulation was counterfeit. The Confederacy was probably responsible for much of this, as a war measure. At any rate the problem was too widespread for local police forces to get a handle on it. The Secret Service was created specifically for the purpose of investigating the counterfeiters and stamping out this threat to our nation’s financial underpinnings. They were made a part of the U.S. Treasury Department, which oversaw the printing of U.S. currency. It is rumored that this legislation was on President Lincoln’s desk the day he was assassinated. 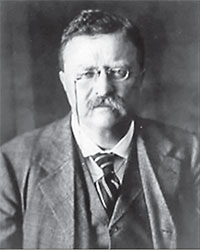 Teddy Roosevelt, who in 1908 backed Attorney General Charles J. Bonaparte in creating the organization that became the FBI.

In the 1870s, as the nation expanded, flexed its muscles, and grew prosperous, a criminal class of enterprising organizations and individuals grew to take advantage of all that money sloshing through the economy. The Secret Service was the only federal agency with the personnel and authority to go after these guys. Even the Justice Department, charged with enforcing federal statutes, had to hire Secret Service detectives for its investigations. After President McKinley’s assassination in 1901, the Service was also tasked with the protection of the president. This unfortunate development also brought two extremely dynamic federal executives into prominence.

Theodore Roosevelt ascended to the presidency and quickly began to appoint like-minded cabinet officials to oversee his agenda. Near the top of that agenda was the breaking up of the huge amalgams of monopolistic trusts, which he felt were strangling competition in the U.S. economy. In 1906, Roosevelt appointed Charles J. Bonaparte as his Attorney General. Bonaparte was an interesting choice. He was a progressive minded Baltimore lawyer, who like Roosevelt was educated at Harvard. Roosevelt, as a previous member 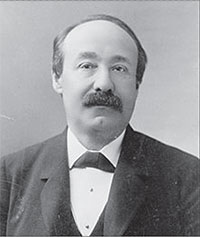 Submitted PhotosU.S. Attorney General Charles J. Bonaparte, who in Teddy Roosevelt’s cabinet may have used some of the fighting qualities of his Great Uncle Napoleon Bonaparte, in creating the FBI.

of the U.S. Civil Service Commission, had admired Bonaparte’s work. He lost no time in bringing Bonaparte into his cabinet in 1905, first as Secretary of the Navy, and a year later, as Attorney General. As it turned out, Bonaparte had the blood of Napoleon Bonaparte (or at least Napoleon’s family) in his veins – one of the most pugnacious, tenacious, and resolute men who ever lived. CJ Bonaparte was Napoleon’s grand-nephew, the grandson of Napoleon’s youngest brother, Jerome. Jerome had married 18-year-old Elizabeth Patterson of Baltimore, Maryland, when visiting as a French navy officer in 1803.

At the turn of the 19th century, only the Secret Service had authority to investigate federal crimes. The Justice Department had to hire Secret Service detectives to conduct its own investigations. These detectives were answerable only to the treasury secretary. This was not only expensive, but frustrating, to Bonaparte, who wanted complete control of Justice Department investigations. Whether or not he was as convincing as his great uncle, he was able to convince Roosevelt of the advantages of an independent justice 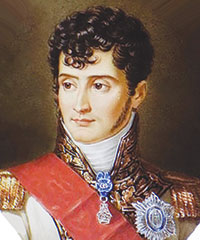 Jerome Bonaparte, brother of Napoleon and grandfather of U.S. Attorney General Charles J. Bonaparte, considered to be the founder of the FBI.

department investigative arm. Congress, however, intimated there would be trouble if Roosevelt sought to augment his justice department. Since the days of John Adams, elected president in 1797, the battle has raged between our two major parties as to which should predominate – the executive branch or the Congress, with members elected by each state. Theodore Roosevelt was one of those who strongly believed in a strong executive. He usually got his way, but the Congress balked at Bonaparte’s proposal. It became a major sticking point for the Roosevelt administration. Things might have gone on this way indefinitely, but in 1907 a high profile case forced Congress’s hand.

Secret Service detectives were looking for an AWOL naval officer. During the course of the investigation, they discovered the officer’s extramarital affair with a married woman. This woman’s husband, who would have been questioned by investigators, instituted divorce proceedings and called on the Secret Service detectives to testify. Through court records (or an intentional leak), the press picked it up. In the age of Victorian morals and ethics, this smarmy 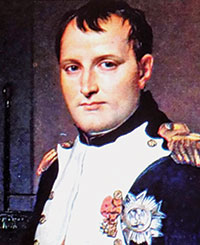 The Emperor Napoleon. Did he pass on his tenacity to his grandnephew, U.S. Attorney General Charles J. Bonaparte?

story caused public outrage, mainly at the fact that the Secret Service seemed to be poking around in people’s private lives. As Congress is often wont to do, its reaction to the public outcry was to lash out at the Secret Service. They promptly passed a law preventing all executive branch agencies from using Secret Service detectives. Now Bonaparte had no recourse but to hire his own investigative force. It was doubtful that Congress would now object to such a move; and so they did not. And so, on July 26, 1908, Bonaparte appointed a force of 34 Special Agents and ordered them to report to the Justice Department’s chief examiner, Stanley W. Finch. In 1909, George Wickersham, President Taft’s Attorney General dubbed the new force as the “Bureau of Investigation.” In 1924, newly appointed Director J. Edgar Hoover renamed it the “Federal Bureau of Investigation,” whose acronym, “FBI” is today known and respected throughout the world.

In subsequent issues of Coastal Breeze News, I hope to explore further the development of the nascent FBI, with a little dose of my part in it.