Team’s the Theme for Lely Softball 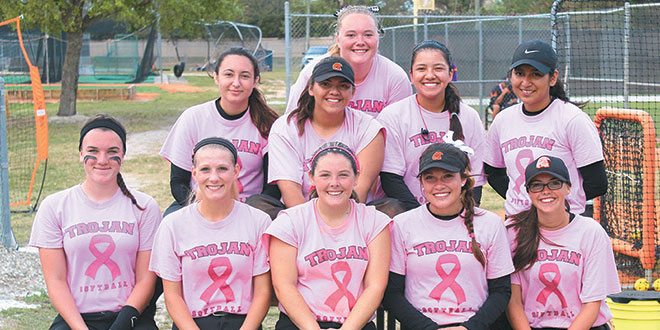 Team, that is what Rich Costante, Lely softball coach, stresses.

When he talks about his Lady Trojans he machine guns a litany of names.

Costante didn’t mention that in his first season in 2015 the Lady Trojans downed Naples and Barron Collier, a feat not done by a Lely coach in 15 years. They also won the district championship.

On March 25 the Lady Trojans played a gritty game with Immokalee, taking a late-inning 2-1 victory. It moved their season mark 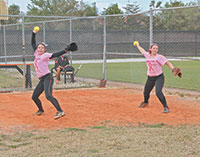 “This team can be lightning in a bottle,” he said.

For three years now Rebecca Gates is the workhorse on the mound, pitching 716 innings, with a 7-4 record.

The cousin Palacios, Vanessa, Sivan and Alicia, remain key parts on the team, along with Katie Moss and Savannah Weiben.

Sivan that has racked up 418 innings on the mound, with a 3-2 record. Alicia Palacios has contributed 215 innings, going 1-0.

Vanessa (Vany)Palacios is the spark plug as the lead-off hitter. With her 22 hits and four 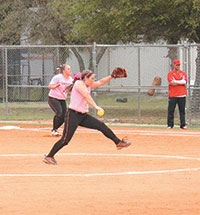 walks she has scored 23 times. Vany leads the team in batting at .458, slamming two home runs. Alicia, with her 24 hits, has knocked in 23 runs. Sivan also catches and plays second base.

Outfielder Katie Moss, an outstanding volleyball player, continues to have a strong season as she did a year ago. “She continues to grow as a player,” Costante said.

April Alvarado, catcher and shortstop, is no slouch, hitting .360.

continues to have a good turnout for the JV team, numbering 15 players.

“About half the girls have not played before,” he said. “They are learning from our coaches. They are gaining a better understanding of what they can do and are enjoying it.”

Gil Tanguma is the JV coach, while also working with Costante and assistants Mike Shern and Mark Biondino.

A saying on the Lely Trojans website sums up what the team understands:

“Losers assemble in small groups and complain about the coaches and players. Winners assemble as a team and find ways to win.”

Additional photos can be found on the Coastal Breeze News website: www.coastalbreezenews.com.