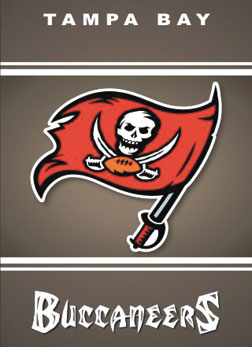 The Tampa Bay Buccaneers barely missed the playoffs last year with their impressive 10-6 season. Their quarterback Josh Freeman played great, with a TD/ INT ratio of 25 touchdowns to a measly 6 interceptions. Those statistics are of course from last season. This season the Bucs only won 4 games. After a promising start going 4-2, they lost their final ten games and were last place in the NFC South. Fans are upset and don’t know what went wrong after thinking this might be the year the Bucs gain ground in the division. There was no large change in personnel or players, or even in the front office for that matter. Whatever the case may be it’s obvious the team had to make a change somewhere this offseason. That change came immediately after the season with the firing of the youngest coach in the league, Raheem Morris. There are a lot of big name coaches interested in coaching stints; Wade Philips, John Fox, Brad Childress, and Bill Cowher to name a few. Hopefully, Tampa will pick up someone who will fit the position and corral this team to elite form.

Tampa’s receivers, Mike Williams, Sammie Stroughter, and running backs LeGarrette Blount and Kregg Lumpkin never got it going this year. With such a strong performance last season there are many questions about why the young quarterback, Josh Freeman, has struggled. It may have been the pressure or surrounding cast. Whatever it was it needs to be fixed by next season or his hypothetical “franchise” tag might be ripped off. It has been almost a decade since the Buccaneers won the Super Bowl with John Gruden over the Oakland Raiders. The Bucs fans are tired of hearing about those years and would love to have another great run at a championship. Fans need Freeman to be their ticket out of this drought, and hopefully next year he will deliver.

There were some close games the Bucs lost and then there were the real losses. These include the blowout losses to the 49ers 48-3, the Houston Texans 37-9, the Jacksonville Jaguars 41-14, and the Carolina Panthers 48-16. So perhaps it isn’t just the offense, but the defense that needs to be seriously examined and modified in the off season. The Bucs will get some high draft choices, and we are waiting to see if they cash in on what they truly need. A few more offensive weapons would surely not hurt the Bucs next season. Ranking 16th in total passing and 30th in total rushing will not bring this team to where they want to be. Hopefully they climb those lists next season.