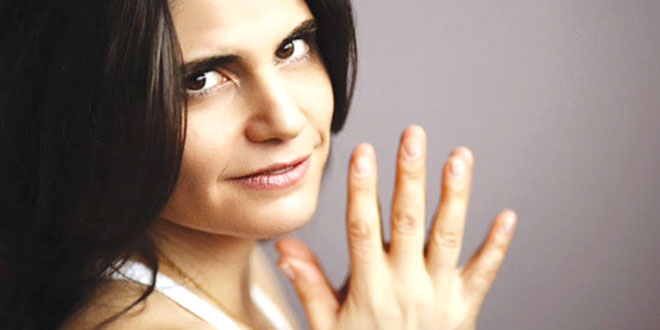 Just one conversation with Jillian Pransky gives a person a sense of peace and calm that is hard to come by in today’s fast-paced, technologically-driven world. You immediately take a deep breath and relax. Your heart rate slows down. Your mind clears.

The impact Pransky — daughter of well-known Marco Island artist Phyllis Pransky — has on people has garnered her a great deal of notoriety as a specialist in restorative yoga and yoga therapeutics. She is the director of restorative therapeutic yoga teacher training for YogaWorks and a founding director of Bright Spirit Yoga Trainings. For 20 years, her yoga has been infused with Buddhist meditation and spirituality.

So, it comes as no surprise that the folks at the international nonprofit TED asked Pransky to give a TED Talk. TED is devoted to spreading ideas in the form of short, powerful talks about just about everything under the sun. Scientists, actors, motivational speakers, authors, illusionists, real estate gurus, business moguls, even a Victoria’s Secret model have given TED Talks.

“I was contacted by TED to submit a proposal because someone on their board was familiar with my work,” Pransky explained. “When I first got the email, I was like, ‘Really?’ ‘Me?’ I admit I was a bit intimidated, but when I went through the proposal process, I realized I wanted to do it.”

Pransky was given a basic topic — play — and her job was to use that topic in the context of her own work. She chose to discuss “mindplay” through meta meditation, or the Buddhist-based meditation focused on cultivating compassion and forgiveness. Pransky’s TED Talk — “Mindplay to Expand Love in Your Life” — centered on her relationship with her father, who she said controlled everything in the New Jersey house where she grew up from the thermostat to the emotional climate.

Still, she longed for a more tender relationship with him, and delving deep into herself and her yoga meditations realized that she needed to change — not him. To do this, she used meta meditation, “playing” a mental game with herself which allowed her to relax and open her mind and heart to forgiving her father when she had the impulse to do the opposite.

“A lot of people think of meditation and yoga as such a serious practice, but with ‘mindplay,’ I felt that if people could understand that they are using a playground in their mind to do some exercises they would see how simple it can be,” Pransky said of her topic.

Today, Pransky still lives in New Jersey with her husband, Brand Finkel, and their 11-year-old son, William. She travels extensively for her work conducting seminars, workshops and retreats around the country, focusing on how yoga helps people feel more relaxed and present in their daily lives and how the study of yoga can help people be less reactionary in their lives. “We all are faced with challenges, relationships, stress of schedules, but yoga helps us be contemplative and focuses on clarity of the mind,” she noted.

A main focal point of Pransky’s work currently is working with teachers who have more therapeutic needs, such as helping others manage stress or even helping people handle severe, chronic illnesses. The key is helping these folks find some happiness in their lives, and Pranksky stressed that this is a continual process for everyone.

“We all get so overwhelmed,” she said. “We all need a jump start, and my students are inspired to make the small changes. Most of my work is about making small changes. When we find someone who gives us permission, change comes a little easier. Many think it is too big of a commitment, but really it is just small steps.”