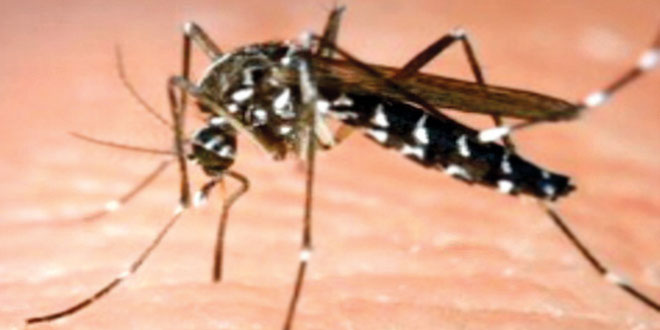 It has been said that south Florida was the last great untamed wilderness; an area that was relatively unlivable until the era of the air conditioner and mosquito repellent. Summer residents know all too well the value of a window AC unit and, on the opposite end, the aggravation of a mosquito buzzing in one’s ear. In 1950, the Collier Mosquito Control District was created to monitor and study the often overwhelming populations that can drive the average person without any available DEET to the brink of insanity.

For over 60 years, the CMCD has been keeping residents sane through heavy monitoring as well as studying the 43 different types of mosquitoes in the area. According to the CMCD’s Public Information Officer Adrian Salinas, the CMCD covers over 400 square miles. Over time, the area has grown from simply spraying Naples, to including East Naples in 1963; Marco Island and Isles of Capri in 1972; and Goodland in 1982.

“Typically, the mosquito season starts around May and ends around October,” explains Salinas. “However, there’s no way to forecast how severe or how light a mosquito season is going to be. In fact, here we are in the middle of June and we’re experiencing low to no mosquitoes. Last year we were actually treating in April.” So far, no treatments have been deemed necessary this season.

“Before we decide to spray, we use a surveillance program.” This consists of New Jersey light traps, landing rate counts and inspectors on the ground using dip tests in various water habitats. All of this is done on a daily basis. “We can actually gain a three day lead time on what will happen with the populations,” states Salinas.

To be fair, the CMCD does concentrate on certain areas known to exhibit high mosquito counts over others. “As far as the salt marsh areas, where you’re talking Isles of Capri, Fiddler’s Creek, Eagle Creek, Marco Island, Henderson Creek; all of that area around Rookery Bay all along the coast up through Barefoot Beach, all of these salt marsh areas, we are presently going out every morning and performing our surveillance program duties.”

When high counts of either flying adult mosquitoes or larval stage mosquitoes are found, action is taken as swiftly as possible. “The mosquito life cycle has four growth stages. At the larva stage, before it reaches a pupa, it is still eating.” If dip samples show large levels of larvae, a natural occurring bacterium known as Bti (Bacillus thuringiensis israelensis) is sprayed on the water habitat which the larvae eat and subsequently die. According to Salinas, CMCD has been using Bti for over 20 years to treat larvae populations. This process is known as larvaciding.

As far as toxicity is concerned, CMCD’s website describes why Bti is the best candidate for the job. “It does not disturb most beneficial insects and predators. It leaves no residues and is quickly biodegraded. The mode of action for the stomach toxin is very specific. Therefore, if non-target organisms were to ingest the endotoxin without the proper alkaline stomach environment, the toxin will not work. Also, because five different endotoxins are produced from the bacteria, the probability of larval resistance is very poor. Therefore, Bti will probably continue to be a useful larvicide for the future.”

On the opposite end of larvaciding is adulticiding. This is the process of aerial spraying. The CMCD utilizes ultra low volume (ULV) application as its choice method of adulticiding. According to the website, “This process creates fine droplets of pesticide as it flows through rotary atomizers in conjunction with the high-speed air stream created by the aircraft. The ULV application has less effect on non-target species because the amount of insecticide is reduced.”

Sprays occur at 2 AM to ensure the fewest number of people and animals are directly affected by the insecticide, as small of an amount as it may be. “There are very few concerns from people about our business and what we’ve been doing since 1950,” adds Salinas. “Having said that, it is our business to (inform people) as far as treatment times and where we are and when.”

The CMCD has a hotline number that lets citizens know when and where adulticiding will be performed. There is also a map on the CMCD’s website offering the same information along with a lot of other interesting facts about studies and monitoring that occurs within the department.

For example, studies and data gathering on the one strand of mosquito that carries West Nile virus are ongoing. If a mosquito of this type is found, it’s tested for the virus. “When we see that type, we turn our attention to that,” says Salinas. Although West Nile, in his opinion, is not something to be too concerned about.

Malaria and Dengue Fever are other diseases spread through mosquitoes – again, not very common according to Salinas. “The Dengue Fever mosquito is what we call a ‘container baiter.’ It is attracted to small pools of water such as buckets, etc.” Salinas says it is important to empty out or get rid of outdoor items that hold water such as old tires, buckets and planting pots to keep this mosquito and others at bay.

Salinas’s best advice: follow the Five D’s of mosquito avoidance: Dusk, Dawn, Drain, Dress and DEET. Know that mosquitoes are most active at dusk and dawn and that even though it’s hot out, light weight long sleeves and pants will help keep mosquitoes at bay. Drain those buckets, people! And finally, get yourself some DEET. “Anything over 24 percent is going to be as active as it’s going to get,” explains Salinas. He recommends that between 7 and 8 per cent strength DEET is advisable for children.

Calls are also welcome if one feels the mosquitoes in his or her area are overwhelming. This is another factor taken into consideration when deciding when to spray. The CMCD may be reached at 239-436-1000 and the Spray Schedule can be heard at 239-436-3200. The Immokalee area may call 239-867-3200 for its schedule. To learn much more about the CMCD and its benefit to the community, visit its website at www.cmcd.org