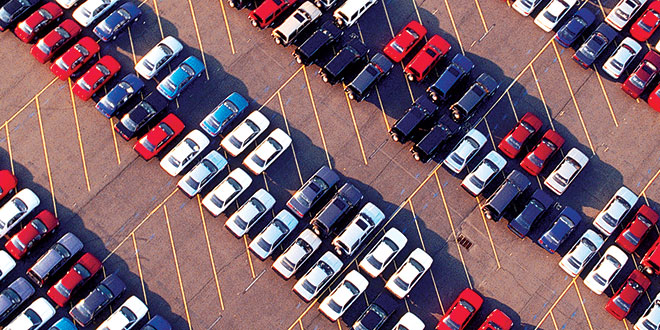 Everyone knows parking is dicey on Marco Island — especially during season — but there seems to be some confusion out in the community about just where a person can park in a residential area and in some cases for how long.

In fact, parking has been a hot topic at recent City Council meetings. Council spent about an hour listening to community complaints and business concerns about swale parking during the March 3 council meeting. True tales of residents defending their swales from restaurant patron parking and business owners standing up for their right by city ordinance to park in those swales abounded.

Last month, social media was bursting with questions about residential parking on Marco Island. Are the Marco Island Police and Code Enforcement departments paying closer attention to parking violators this season? Can residents park over the sidewalk if they are parked in their own driveway? Can residents park in the swales, and for how long? Is there some phantom roving the island into the wee hours of the morning reporting parking violators? Can parking complaints be made anonymously?

Marco Island Assistant Chief of Police Dave Baer set the record straight. The first two months of 2014 produced 160 complaints of illegal parking on Marco, while the first two months of 2013, there were 133. Of the current complaints, 66 were generated by patrol officers. The department issued sixteen citations, each with a $95 fine. Further, a little more than 60 written warnings were issued along with many verbal warnings.

According to Baer, the complaints included improper parking, parking on the sidewalk, parking in a swale between 2-6 AM, sight distance issues and parking in yards. Parking regulations can be found in Marco Island’s city ordinances under Sec. 50-37 – Prohibited Parking.

Basically, residents cannot stop, stand or park a vehicle to obstruct traffic or a roadway; on a sidewalk, bike path or bike lane; within an intersection, crosswalk or median area; on a bridge; within a fire lane; within 50 feet of an entrance to a fire station; or at any place where official signs prohibit standing.

Vehicles cannot be parked on a swale as follows: between the hours of 2-6 AM; when prohibited by an official sign; on any curbed swale; at any time within 500 feet of the entrance to Resident’s Beach, South Beach, Tigertail Beach, Madeira beach access path and Marriott’s Crystal Shores beach access path; facing against the direction or flow of traffic for that side of the roadway; or angled parking unless posted as authorized. Additionally, if the vehicle is a trailer, parking in a swale is prohibited at any time except when the tailer is attached to a vehicle and being used in conjunction with an ongoing maintenance or repair operation, such as utility repairs, public works and landscape maintenance.

So what are Marco Island residents supposed to do if they have multiple cars in their driveway which forces the issue of parking on the sidewalk? Baer concedes that alternatives are unique to each location and vary on a case-by-case basis, such as using a garage if the residence has one.

There is another alternative to avoid parking over the sidewalk in a driveway, and while Baer does not encourage it, he acknowledges it is an alternative. Residents can park vehicles parallel to the sidewalk on the bottom portion of the driveway, as long as no other parking regulation applies. “Many people do exercise this alternative,” Baer notes.

Oh, and about the phantom driving around and reporting parking on swales, it could be true. After all, complaints of illegal parking to Marco Island PD may be made anonymously.