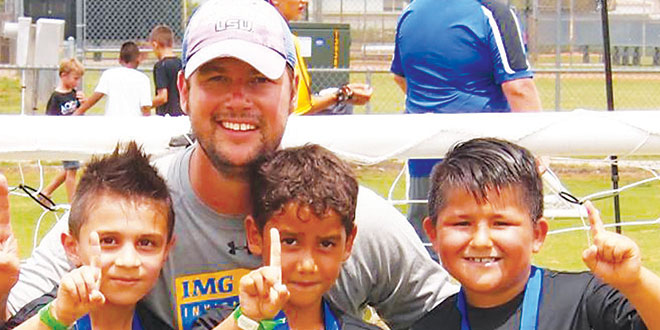 Coach Chadd Chustz with members of his U6 team that won the at the Caple Coral 3v3 tourney. From left, are Gabriel Polanco, Aeden Chustz and Mario Guzman.

The Under 9 boys and U15 girls are rated No. 1 in Florida. The U6 boys are rated second, while the U12 boys are ranked third. The U6 team won the Cape Coral and Fort Myers tournaments, played at Jet Blue Stadium.  In the Cape Coral tourney, Surge U6 split with the top-ranked U6 team, Parma FC.

The U10 boys and U11 girls also qualified for the Disney 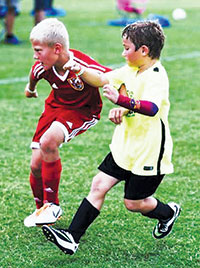 tourney with strong showings at the Bonita Springs 3v3 Tournament.

All the teams will compete at the San Carlos 3v3 tourney this weekend as a tune-up for the Disney tourney.

“The teams practice hard one to two times a week and have played in a number of tournaments to gain their rankings,” Chadd Chustz, Marco Island Soccer Club president and coach of the U6 boys said.

“Jim Watt has been coaching for a while and does an outstanding job,” with the U9, U12 boys, and U15 girls. “The kids are having fun and doing well,” Chustz said.

Here are the team members of all Surge 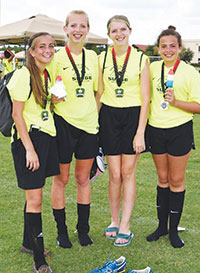