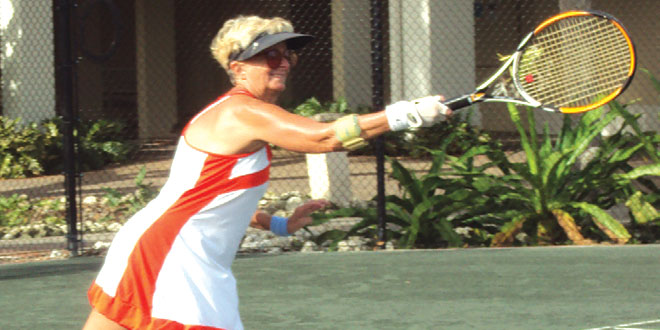 The cooperative community tennis program that is “Summer Swing” shifted to the courts at Hideaway Beach Club on Friday, August 16th. Tye Myers, the club’s tennis pro, hosted the August meeting which is the third event of the four-part program during the summer months.

Summer Swing began in June at the Racquet Center, then shifted to the 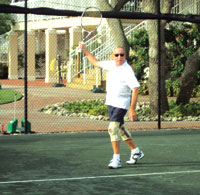 Island Country Club in July. Part IV will be hosted by the Marco Island YMCA.

There was a full turnout at Hideaway and the weather cooperated nicely. The mixed doubles social program has been enthusiastically supported by Marco Island’s year round tennis players. Each club acts as the host providing snacks and refreshments, as well as scheduling the matches 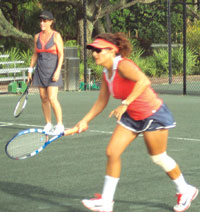 for the event. There are three matches of seven games each. Usually each match includes two men and two women. The winners of each match are determined by a point system. At the end of the program winners are declared based on total points achieved.