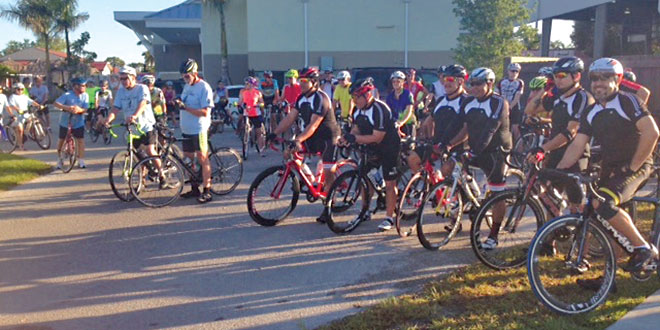 April 24th marked the Greater Marco Family YMCA’s 6th Annual Tour de Marco. Bike riders of all levels and ages came out to the family-friendly event in order to support the YMCA’s scholarship fund, and to get a good workout.

The Tour de Marco returned to the island this year after a one-year hiatus.

Approximately 120 bicyclists took part in this year’s Tour de Marco, about twenty less than the 2014 event, according to event organizer Anthony DeLucia. Taking place later in the season may have 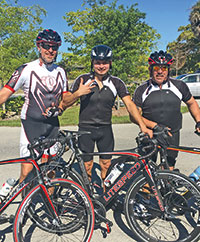 contributed to fewer riders. Although this year’s Tour de Marco had fewer cyclists, the event still raised about $3,000, an increase from 2014’s total of $2,500. Most impressive are the 30 volunteers who came out to help with the event.

There were three courses available for cyclists, each with varying levels of difficulty. Riders could choose between a 5, 15, or 30-mile route that took them all over Marco Island for a beautiful and scenic ride. The vast majority of bicyclists were in it for the long distance, and eighty of them completed the 30-mile route. Thirty-six riders bicycled 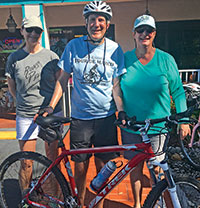 the 15-mile route, and five rode the 5-mile route. Afterwards, riders reconvened at the YMCA to congratulate each other and celebrate a job well done.

Anthony tells us it was a “Great day for a ride, and a fine time was had by all. Can’t wait till next year!”