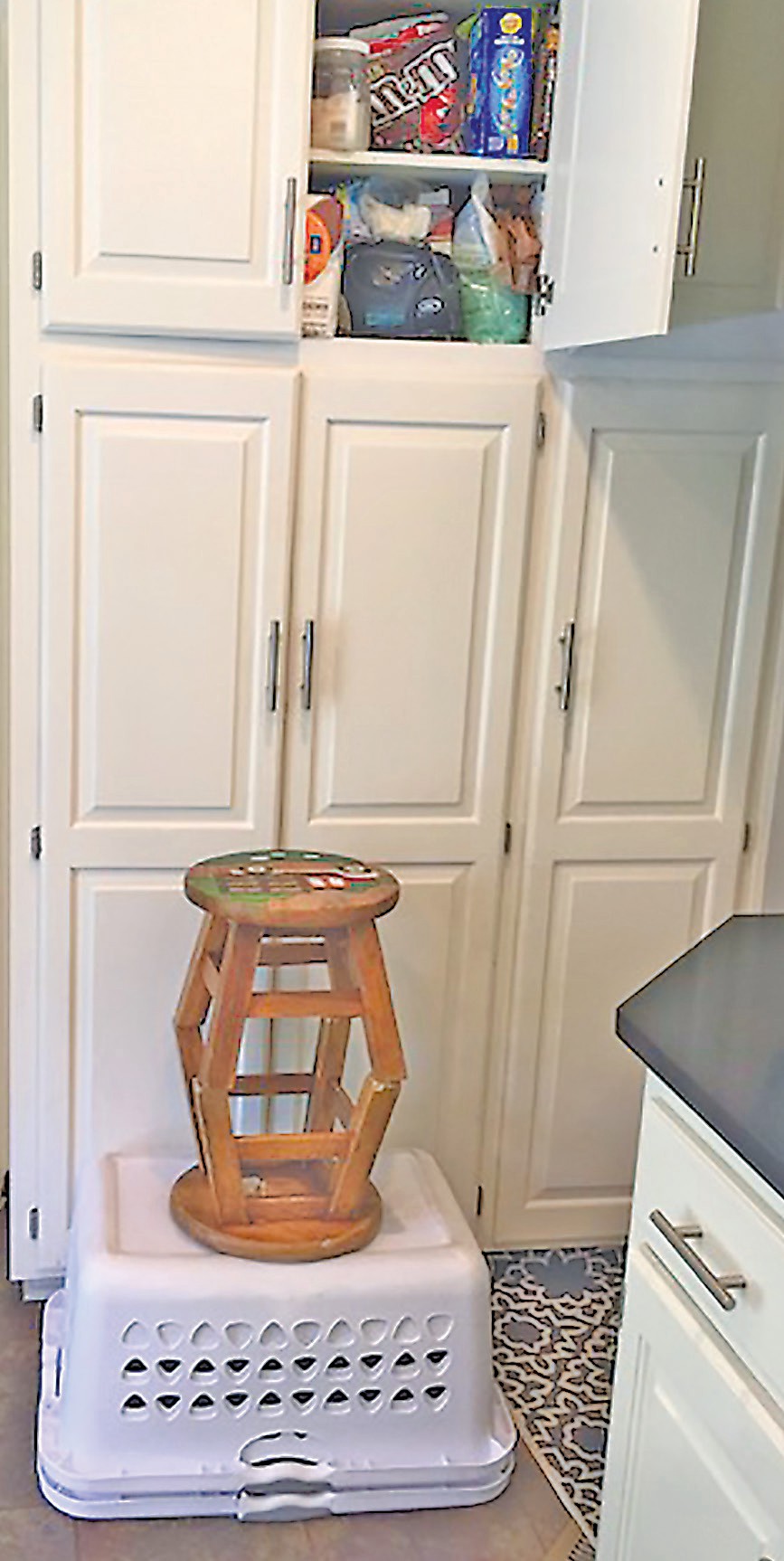 “When obstacles arise, you change your direction to reach your goal, you do not change your decision to get there.” ~ Zig Ziglar

Our grandson Boone is 4 years old, and the middle of three children. I’m not sure how important it is that he’s a “middle child” except that my husband and I were “middles” too. It may be one of the reasons we feel like we understand Boone in a way his parents may not appreciate. A middle child sometimes tends to be more independent; having missed out on the doting attention given a first-born. In Boone’s case, he wears his independence with pride, and his authenticity shines in a “go big, or go home” fashion. Of course, there are times when every child needs their fair share of attention, and Boone’s requests for the spotlight tend to burst forth in a rock and roll version of claps and song at the dinner table, or a devilish misbehavior that brings his older brother to tears. Praise and reprimand equally satisfy Boone’s need for attention, much to the frustration of his well-meaning parents.

One trait Boone exemplifies with finesse is the ability to obtain what he has set his sights on, for example, something like a large bag of M&M’s.

Our daughter, Boone’s mom, has a bit of a sweet tooth and keeps her “stash” of sugar high on a shelf, behind a cupboard door, and out of the reach of children. That isn’t to say that the kids don’t know it’s there. On this particular day, Boone decided he needed a bit of M&M sweetness, so while his parents were out of the room he very carefully, and very quietly commenced construction of a pathway to the highest cupboard in the kitchen. I give the kid a lot of credit for starting with laundry baskets. Wide base. Double thickness. Good solid foundation. The inverted step stool that sat on top of the laundry basket was his first mistake. I assume he tried the stool in the manner it was intended, only to realize he didn’t get the height he needed to ascend to the top shelf. Problem solved by placing one step stool precariously, leg to leg over the top of another giving him height, but probably lacking a bit in the area of stability. Just one more, perilously placed rocking horse or tricycle would have given Boone just the leverage he needed to stand on his toes and reach the M&M’s…Luckily his dad discovered the tipsy tower, sparing Boone a weekend trip to the ER.

Did I mention that I sort of understand Boone, in the way a fellow, determined-todo it-myself, middle child might?

If you’ve read this column before you know I had a knee replacement at the end of April. Because I had experienced a knee replacement on the other knee six years ago, I vowed to make this recovery as seamless and speedy as the last. The prize I was after included full range of motion, full flexibility, and uninterrupted use of my leg within a couple of months.

I got off to a good start. I met 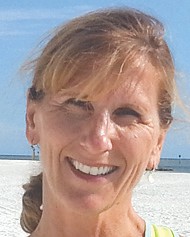 with real estate clients and showed property on Day 6. I was back on the beach teaching yoga on Day 9. I walked a mile on Day 13. And I practiced going up and down steps multiple times a day, every day. Of course, I did the exercises my physical therapist taught me, but they seemed so trivial and boring. Instead, I concentrated on my yoga practice, riding the exercise bike, and squats. After a month of progression and improved mobility, things began to change. Pain continued, and at times seemed worse. My walking was still a stiff limp and going up and down steps was a constant struggle. I was working my hardest to reach my goal, but as time went on I felt as if I was losing ground. Time to change direction. And for me, an independent “middle,” that meant reaching out for help.

A trip to the physical therapist revealed that I had passed right over some very important building blocks on my road to recovery; strengthening exercises that target specific areas of my leg. My calf was weak. My left quad was soft, and my hamstrings and glutes had been ignored. Within two sessions of what I had once thought to be “trivial and boring” exercises, I could feel the quivering and ache of my left leg as the exercises began to breathe life into them again.

Finally, I feel like I’m making progress again, and along with the stability I’ve gained, I also learned a couple of important lessons.

For one, recovery after surgery is a process. It takes perseverance and determination. There is no shortcut, no matter how hard you push.

Lesson two, when you have a goal in mind whether it’s a fluid gait or M&M’s, be deliberate about the process. Don’t skip the small connections that create stability, just to reach the top more quickly. Patience is not only a virtue, it can keep us from tumbling back to the beginning, where we’re forced to start over.

And lesson three: when you reach a stumbling block on your way to your goal, remember the words of the late Zig Ziglar. Find a way to move around or address the obstacles that arise along the path to your goal, but never change your decision to reach it.

As I step back from my “hard push” approach to recovery and concentrate on the strengthening exercises I neglected, I am quite certain that Boone has not forgotten the bag of sweet treats, out of reach in his kitchen. He might rebuild his tower, or he’ll enlist the help of his brother to get past the obstacles that stand between him and his prize. But no matter what he decides, Boone will not give up on his decision to get his four-year-old fingers into a big bag of M&M satisfaction.