Students Perform in Shakespeare’s The Tempest 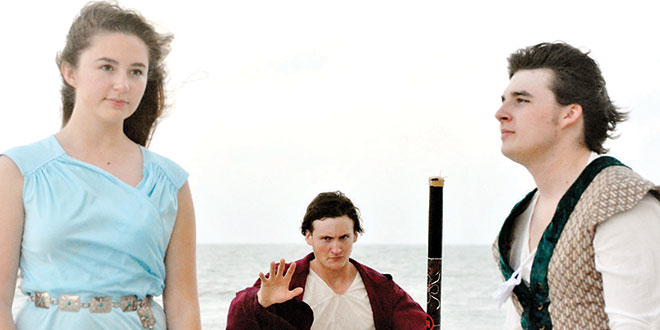 This month, “The Tempest,” believed to be William Shakespeare’s final work, will be performed by Marco Island Academy, Lely High School and Florida Gulf Coast University students. This also will be the final production for Kaitlynn McRae, the Marco Island Shakespeare Festival’s operations director.

McRae chose “The Tempest” as her last piece to direct for the Shakespeare Festival, not just because of the connection to Shakespeare’s own final work, but “because of the beautiful transition Prospero must make as he realizes where his real power lies.”

Prospero becomes a metaphor for everyman struggling to counteract his inner demons with his higher intelligence, in the attempt to create a life of beauty.

McRae says, “The message I wanted to leave our audience and our actors with is what I’ve learned working with the incredible students and actors I’ve known over the past three years: that the struggle of life is the most beautiful part of living because it makes us all a work of art.”