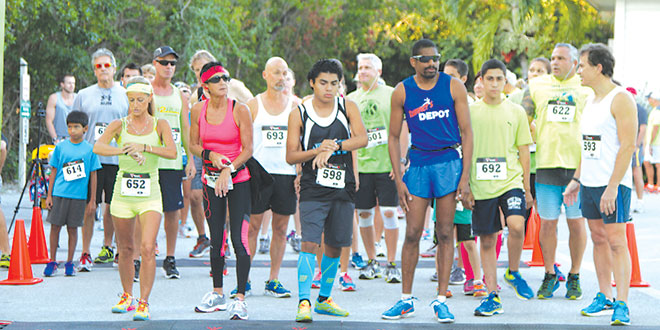 The Kiwanis Third Annual Family 5K Fun Run/Walk went off successfully on Saturday morning, with one significant glitch. Due to a miscommunication, some runners were directed off of the “official” course, and they wound up walking or running a longer distance than originally planned. Tim Clune, Kiwanis President, apologized

to the participants, and informed them that anyone who registered for this race would receive free registration for the Fourth Annual Family 5K Fun Run/Walk in October of 2016.

Despite this misstep, the crowd was jovial during the awards ceremony, and appeared to embrace the important fundraising goal of the event – to support the international Kiwanis organization in their efforts to 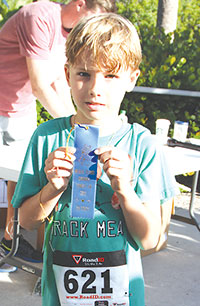 eliminate maternal/neonatal tetanus throughout the world. Tim thanked all of the 100-plus runners and walkers and all of the volunteers for their good efforts and contributions toward realizing this dream.

He also thanked all of the sponsors, and noted that it was only with their support that this event is able to take place: Hideaway Beach, Condee Cooling and Electric, Verdis, Moore

Tim and other local Kiwanians look forward to this year’s participants returning for next year’s event, and intend to provide foolproof 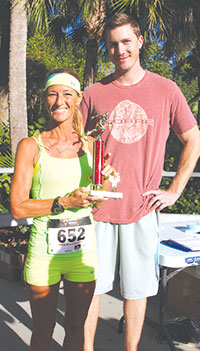 markings and directions from volunteers during the race so that everyone stays on the “right track.” 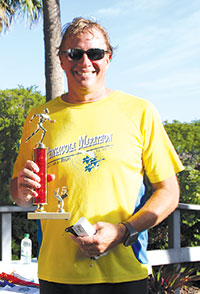