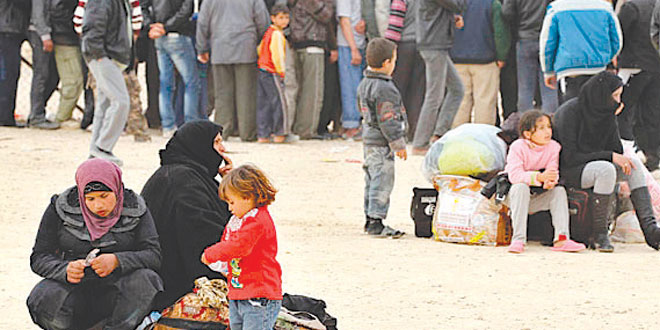 BEYOND THE COAST
Tarik Ayasun

A very smart and successful businessman from Turkey who was my classmate at Robert College of Istanbul recently sent me the following paragraph:

“A short guide to the Middle East”

“Iran is backing Assad. Gulf States are against Assad!

Assad is against Muslim Brotherhood.

Muslim Brotherhood and Obama are against General Sisi of Egypt.

But Turkey is with Gulf States against Assad.

Yet Turkey is pro Muslim Brotherhood against General Sisi.

And General Sisi is being backed by the Gulf States!

Welcome to the Middle East and have a nice day.”

I believe he picked this out from a Washington Post article by Max Fisher who is the Post’s foreign affairs blogger. And it is absolutely brilliant! For those who are totally confused as to what is happening in the Middle East in general and Syria and Egypt in particular; I am absolutely sure that this will add to their confusion. But such is life in the Middle East and it has been this way for centuries. Conflicts have never been fully resolved; alliances are never too clear and enemies and friends are interchangeable depending on who is giving whom what and when…

The situation in Syria presented a very difficult dilemma for the President of the United States. As Shakespeare’s Prince Hamlet famously declared “To be, or not to be: that is the question: Whether ‘tis nobler in the mind to suffer the slings and arrows of outrageous fortune, or to take arms against a sea of troubles.” The President has had a difficult time deciphering the Middle East puzzle, having great difficulty deciding what to do based on his ideological beliefs versus the ugly reality on the ground. With our recent experiences in Iraq and Afghanistan, along with his well-documented views and comments about those two wars, Syria and Egypt are now hanging over his head like the “Sword of Damocles’(*)” as he vacillates between “act or not to act!” Oh! How history has a way of repeating itself!

The British Parliament just voted against the wishes of their Prime Minister and decided not to get involved in Syria. They declared that nothing should be done until the egg-headed, anti-American, anti-Democracy bureaucrats from all 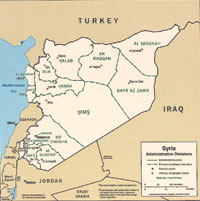 over the world at the United Nations move at turtle-speed and approve and support any collective action against the murderous regime of Bashar Assad, knowing well in advance that such a move would definitely be vetoed by Russia or China.

I also suspect that the British parliamentarians were pretty worried about how their ever growing anti-West, anti-British Muslim population would react should any British military action be taken against a Muslim country, regardless of the actions of a dictator who did not hesitate to use chemical weapons against his own population: men, women and children. In other words. our major ally chickened out!

The US President, after doing nothing for two years and after 100,000 or more senseless murders of Syrians, finally decided to lob a few cruise missiles which will probably end up taking down some military command and control centers which are now heavily filled with human shields made of women and children in order to present gruesome photos of “brutality and murder” committed by the Imperialist American regime!

I for one am against any action of this sort by our President because it serves no purpose other than producing more dead people and wasting American dollars on very expensive missiles, not mention the possible loss of more precious lives of our brave men and women in uniform. Yes, it will temporarily take our attention away from the daily grind of watching the national debt climb to historic highs, the usual comical debates on raising the debt ceiling, an economy that is not recovering and the tragic story of millions of jobless Americans who are no longer searching for that elusive American Dream. However, it will serve no military purpose, will not affect our national security or help a political solution in Syria.

Syria is very important strategically, economically and politically to Russia and their diminutive dictator Putin. It is their main client state in the area, and they enjoy all the amenities of a naval sea-port facility in the City of Tartus – the only Russian military port in the Mediterranean. Russia has supported the brutal socialist Baas Party regime of both father and son Assad for over 40 years. They are not easily going to give up their support for Assad and the Tartus naval base just because 100,000 people were killed by this regime and over 1,000 have just been targeted and murdered by chemical weapons just because America chooses to lob a few cruise

Syria is also very important to Iran for many more reasons. It is their short cut to the Mediterranean as well as their client state, Lebanon, and their main supply lines to the terrorist organization Hezbollah. Over the past few years, it is estimated that Iran spent more than two billion dollars supporting Hezbollah’s activities in Lebanon and their actions against Israel.

Maybe things are leading to a massive clash in the Middle East after all; the likes of which we have not experienced in our lifetimes. Maybe not! By the time this issue is published we may have witnessed a politically correct cruise missile attack into Syria. And again, maybe not!

After what happened to USS Cole, to our Embassies in Kenya and Tanzania, the attack on the World Trade Centers in New York on September 11, 2001 and to our Ambassador and three brave men in Benghazi, I have lost all confidence in the abilities of the people we look to as our leaders, regardless of their party affiliation. They remind me of a bunch of inexperienced and clueless professors, lost in an environment away from their ivory towers. Ideologues who never held real jobs in real life, now pretend to be captain and sailors of this magnificent ship we call America, trying to navigate through very stormy seas. Good luck!

Welcome to the Middle East and have a nice day!

*The story goes that Dionysius, the tyrant of Syracuse, had a courtier named Damocles who was more or less a professional flatterer who laid around these opulent feasts saying nice things to Dionysius.

And once, he made a comment to the effect of, “Oh, how great it would be to be the king.” And Dionysius said, “Oh, really? Well, if you want to know what that’s like, you can come sit in my throne.” Of which Damocles did, and Dionysius made sure that he was well supplied with opulent food, great service, cute waiters, beautiful perfumes and scented candles.

Damocles was thinking to himself how very wonderful it all is when, suddenly, he noticed that Dionysius had also hung above the throne a gleaming sword, which was suspended by a single horsehair. He then begged Dionysius to be allowed to leave the throne and to go back to his subservient position as a courtier. He obviously got the point – which is that anybody who gets to enjoy immense power is also living under a constant threat.