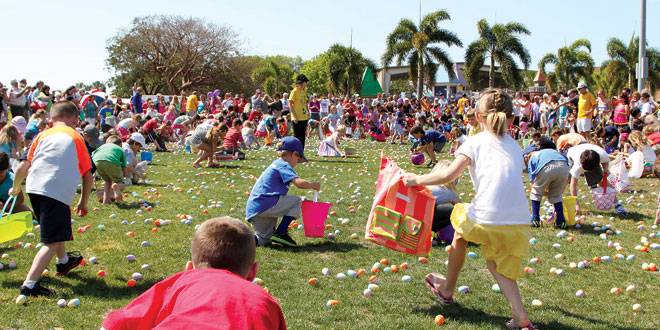 With 20,000 plastic eggs on the field at Mackle Park ready for plucking, and children lined up in droves, City Councilman Ken Honecker declared “GO!” And they were off! In mere seconds, all eggs were stuffed in baskets, bags and buckets.