Sports Were a Small Part of Roger Lalonde, the Man 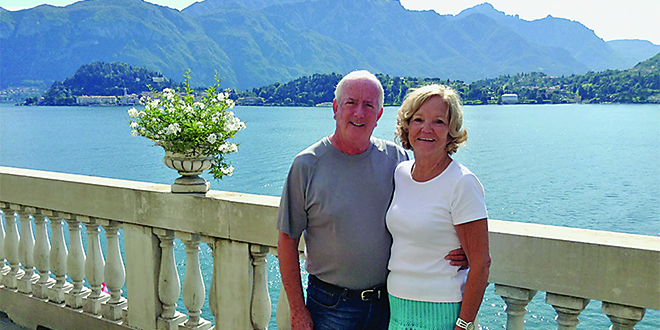 Roger and Elizabeth LaLonde on vacation in Italy.

Roger LaLonde was known for his love of sports, but that passion was far exceeded by the late journalist and realtor’s desire to lift up his fellow man.

The 72-year-old Lely Resort resident passed away on December 16 following a brief illness and after years of covering the sports teams of Marco Island schools and Lely High School. But he didn’t confine his involvement to just recording statistics, covering games and writing stories about athletes and teams. He also took an interest in the athletes’ lives, getting to know them and their families, offering advice and encouraging them to achieve in the classroom and in life.

“He always found the time to talk to the kids to ask if they were keeping their grades up and to encourage them to work hard, that it’s part of being a team player,” said his wife of almost 30 years, Elizabeth. “He would have been a wonderful coach.”

Friendly, caring and with a ready wit, Roger felt especially driven to advise those who came from difficult economic circumstances.

“I think that he had such hopes for these kids,” said Elizabeth. “He wanted those kids to feel that they had value, that they were respected, that they could go to college if they just worked hard.”

She said Roger was always proud to see athletes receive college scholarships and he would sometimes offer advice on classes they should take.

“He talked them through so many situations in their lives,” said Elizabeth. “He even paid sports insurance for some kids. They never knew who paid, but they didn’t have the money for the insurance they needed for their sports. That’s the kind of guy he was.”

“He was very kind, very considerate, a very caring gentleman. He always took the time to find out the extra information about our student athletes, so 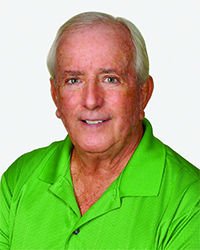 it wasn’t just the typical statistics laden stories. He knew the families of a lot of our kids. He knew their backgrounds, their brothers and sisters who came through Lely before them. You could tell that from the stories that he would write. I can’t say enough good things about him. Every positive adjective that you could say about someone, I would say them about Roger.”

That approach made Roger “more than a news reporter to our students,” said George Abounader, principal of Marco Island Charter Middle School, who knew him for more than 15 years.

“He would take a personal interest in them, and in many cases, their families,” he said. “Not only did his efforts on their behalf help those that he mentored, but it also led to a more comprehensive news story. The students, families and staff at Marco Island Charter Middle School will miss Roger’s presence at so many of the school’s events.”

Sports were part of Roger’s life since his childhood in Oneida, New York, both as a fan and as a participant. He played baseball and basketball at Oneida High and still holds records there, for hoops in particular, said Elizabeth.

“The first time I met Roger was in 2012 when I was hired as volleyball coach at Marco Island Academy. He’d always been a big supporter of the school from the start. He knew who everybody was. In my experience, in being a coach from the school’s beginning and moving on to being the athletic director, he always covered our sports. He had a deep love for high school athletics in the area and he was always an advocate for our school, writing positive stories about things that have taken place during our time.”

The Marco Island community and the high school will miss his 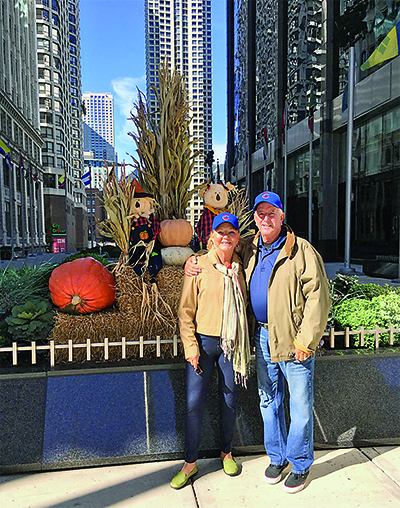 The LaLondes in Chicago.

presence at our games and his passion for sports. He meant a lot to our MIA family, so he’ll be deeply missed by all the students and faculty.”

The third oldest of ten children, Roger worked as a sports journalist for the Oneida Dispatch after graduating from high school, foregoing college to help his family financially. After a few years in that field, he moved to Illinois, where worked as a hospital administrator for two healthcare systems, both in public relations and as a foundation director. He also was press secretary for U.S. Rep. George O’Brien of Illinois.

In 1998, the LaLondes moved to Marco Island, drawn like so many others by the climate, the Gulf of Mexico and the abundant outdoor activities.

The move also saw Roger return to journalism, at first as a general assignment reporter for the Marco Eagle and then serving as the paper’s interim editor, a post he held for two years. He migrated back to sports reporting, until 2014, when he joined the Coastal Breeze News as a freelance journalist.

“Gregarious, outgoing, happy, a good listener, a sports lover, a community lover, a wonderful father and husband. That is how his wife described him as a person. “He was a very creative man. I think in the stories that he wrote for and about, for example, Lely High School students, Tommie Barfield students and Marco Island Academy students, it’s reflected. We have gotten so many emails and Facebook messages from the parents of students he covered in all the different sports.”

He was also gracious and helpful in his relationships with journalists from competing newspapers, including yours truly. Roger became a valued friend and I was thrilled when I got a chance to work with him, and share jokes and our mutual love of sports. 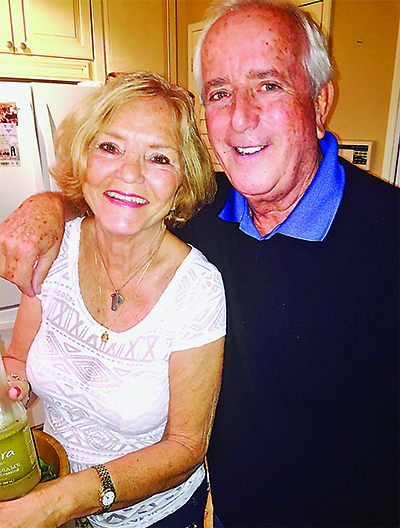 trustworthy,” said Abounader. “Roger had a way of building trust with people by always taking the ‘high road.’ The way that Roger reported the news showed the type of person that he was: fair, diligent and persistent.”

Over the last few years, he re-entered real estate sales, something he’d also done while living in Illinois. Roger was most recently an associate with Re/Max Achieve Realty in Naples.

Roger and his first wife Dorothy had one child, Tracy, and divorced in 1985 after 29 years of marriage. He married Elizabeth, who has five children, in 1987. They met while they both worked for a hospital in her hometown of Joliet, Illinois.

He also went out of his way to be generous to others. She said he got to know the deli workers and check-out clerks at the Publix they frequented and he’d regularly slip them $10 or $20 for Christmas. He also mentored a single father who works at the Lely Club and would have him and his child over for Christmas dinner.

“That’s how he was with people,” she said. “He always had time.”

Roger also faithfully attended Mass at St. Agnes Catholic Church on Vanderbilt Beach Road. “He became almost refreshed, renewed in his faith because of the priests that are there and the friends we’ve made there,” said Elizabeth. “He loved his church.”

The sports lover enjoyed playing tennis and racquetball as an adult, as well as golf. He also enjoyed attending sporting events and watching them on TV. Elizabeth said he was overjoyed when the Chicago Cubs captured their first World Series in 108 years last fall.

“We were like buddies on the couch with the popcorn and the beer. He liked the fact that I loved sports. I lost a good one.”