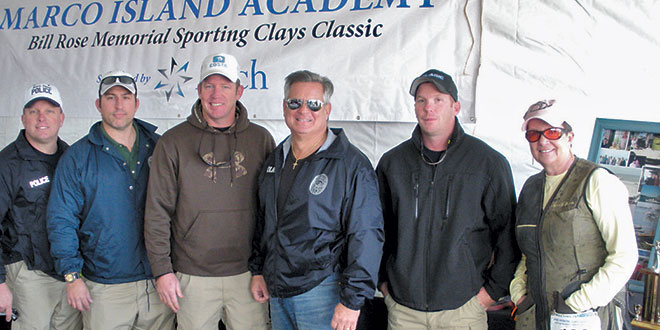 The third annual Bill Rose Memorial Sporting Clays Classic is one that will stand out in the memories of Myrt Rose and the entire family.

After the winners of the competition were named and awards presented for the Marco Island Academy fundraiser, it was announced that the school is dedicating a classroom to Bill Rose’s memory. Jane Watt presented his widow, Mryt Rose, and his daughter, Sue Vandenbergh, with plaques commemorating the dedication.

“We thought of it as a way to thank the Rose family for allowing us to honor Bill year after year,” said Jane Watt, MIA’s founder and chairman of the board, prior to the presentation. “It just made sense to name the Rose History Classroom at the school in his honor. It will be for students past, present and future. He’s had such 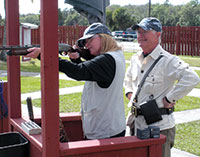 an impact on our community that we saw it as an opportunity to honor him and his family for their many contributions.”

The announcement and presentation were a surprise for the Rose family, one that touched Myrt Rose, who said her late husband “would be thrilled to see all of this. He was such a great guy and he would be very proud of this whole day. He would love to be here. He was a great marksman and would just love the event. I think Marco Island Academy is a great way to honor him, in many ways.”

A Marco resident, successful businessman – he founded Rose Marina – philanthropist, avid boater and flier, and former U.S. Marine, Bill Rose passed away in 2010 at the age of 83.

It was Bill Rose’s friend, Terry McCreanor, of Morgan 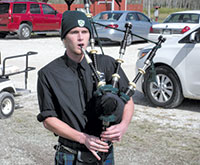 Stanley Financial on Marco, who created the Sporting Clays Classic. Funds are raised through the event’s registration fees from the 75 participants, sponsorships, and silent and live auctions.

Held recently at Gulf Coast Clays in Port of the Islands, the event also saw MIA significantly increase proceeds over previous Classics by changing event sponsorship levels. For the first time, there was an event sponsor, Arch Capital Group, which pledged $10,000. There were also gold, silver and bronze level sponsors, who donated $5,000 each, $2,500 and $500, respectively.

“It’s incredible,” said Watt. “We need to raise a total of $512,000 this (fiscal) year, approximately, to pay our operating expenses, for our facilities as well as our athletics. So for us to raise $50,000 at an event is huge.”