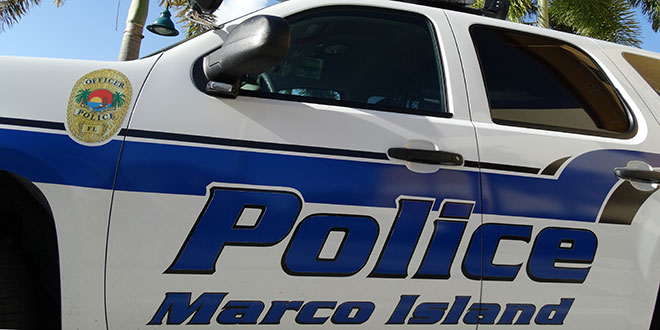 An update from Police Captain Dave Baer.
Marco Island Police and Fire Rescue Departments were dispatched to the South Beach access area at 2:40pm for a medical call.
Patrol and marine officers arrived on scene at 2:45pm and found a possible drowning. Bystanders had assisted the husband of a 68-year-old female in his efforts to pull her from the water. Police officers began CPR and she was transported to Physical Regional Hospital by Fire/Rescue/EMS where she pronounced deceased.
Name is not being released at this time until out of state next of kin has been notified. The decedent was a part-time resident of Ohio & Florida.