Solemn Goodbye to a Friend 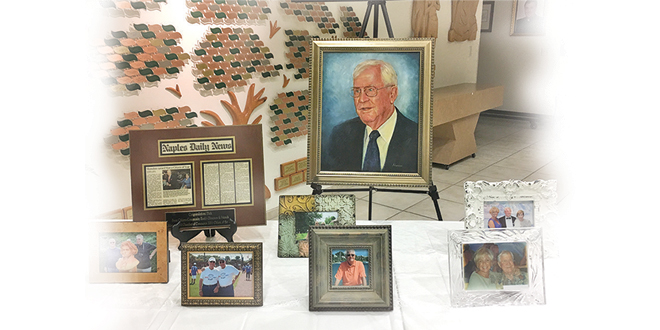 Marco Island came together on Wednesday to pay their respects to Richard “Dick” Shanahan at the Celebration of Life in his honor at San Marco Catholic Church. So many came forward to praise and pay tribute to Shanahan, saying both “Goodbye” and “Thank you.”

Shanahan lost his courageous battle with a disease that in the last couple of years he had committed so much time and effort to beating.

Members of his church, island residents and colleagues from the numerous organizations he belonged to, on the island and throughout Collier County, came forward to pay their respects to the man they called their friend.

The line of those paying their respects would not be complete without the local, county and state politicians that Shanahan had embraced over the years.

Shanahan became a fixture in Collier County and Marco Island politics going back almost 30 years, and was a prolific volunteer for many organizations on the island. 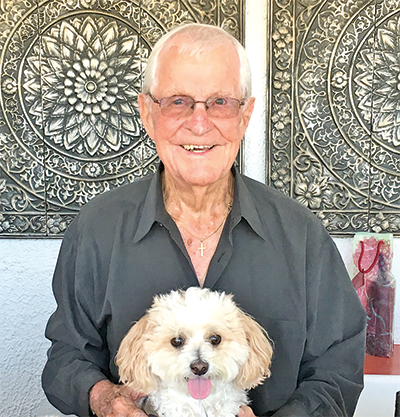 and his first wife Catherine had moved to Marco three decades ago. They had five daughters, one of which passed in August of this year. He would bury his first wife after a long and valiant struggle with her own medical problems.

Both Shanahan and his second wife, Debra were dedicated volunteers, but in the last several years they poured their heart and soul into the local American Cancer Society’s Imagination Ball. During that time, the Shanahans helped to raise hundreds of thousands of dollars to beat a disease that eventually contributed to his passing at the age of 89.

“Dick was one of those individuals you were honored to call your friend,” said Vip Grover, a longtime friend of Shanahan. 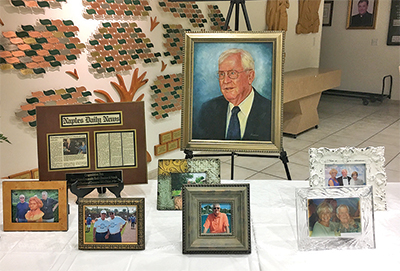 [/caption] height=”271″ />Executive Director of the Marco Chamber of Commerce Sandy Lazarus, and her late husband Monte, were extremely close friends of Dick and Debra Shanahan, and the two couples vacationed together frequently. Lazarus commented last week on his commitment to his adopted community, saying, “Dick will be missed by so many, but it will be future generations that will benefit from some of his leadership roles here on the island. It will be a void difficult to fill.”

“He exemplified the term ‘leadership’ in every sense of the term,” said Pat Neale, a local attorney and friend of Shanahan’s.

“Dick Shanahan never lacked for work for his hands or his mind. It is what made him such a wonderful community activist. Instead, he applied himself to making this a better community for all,” said Joe Granda, another longtime friend of Shanahan’s, and a fellow member of the Knights of Columbus, as during a solemn goodbye to his friend on Wednesday.