It’s that time of the year again as season slowly winds down. On Memorial Day Weekend, the Island Theater Company will host its annual Soapfest Charity Weekend event. The weekend affair brings daytime actors from the greater Los Angeles area to our island and raises money for local organizations.

The weekend officially kicks off on the morning of Saturday, May 27, as the actors come together with special needs kids from around the Southwest Florida area to create one-of-a-kind paintings together. At this “behind the scenes” painting session, the actors and kids share laughter and expressions of creativity. This event is a favorite for the actors, who then auction their works of art during the extravagant “Night of Stars” dinner held later that evening at the Marco Island Yacht Club. This is the first public event, where donors and guests get the opportunity to sit at tables with the celebrities.

The following day is all about adventure with the “Cruisin’ and Boozin” excursion on the Marco Island Princess. Actors, kids with special needs, and families all mingle in a relaxed atmosphere with a beautiful view. More paintings are auctioned off as we travel back to land. Later on in the evening, the “Bar Bash” event has the actors serving you a cocktail from behind the bar.

Second time attendees Donnell Turner and Robert Palmer Watkins from ABC’s General Hospital are happy to be back this year. Christian LeBlanc from The Young and the Restless has been attending since his good pal 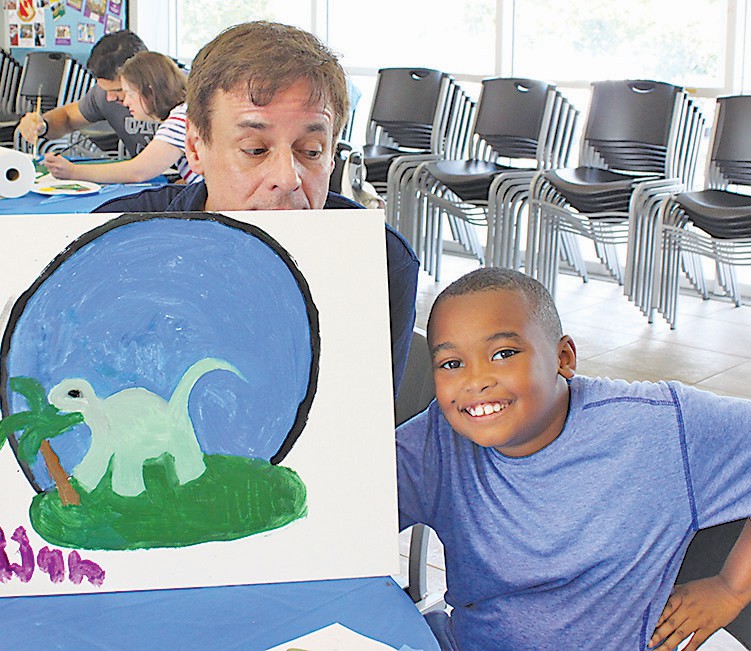 Jeff Branson introduced him to the weekend of charity. Le Blanc’s nephew is on the spectrum, and his family makes efforts to connect with other parents going through similar experiences.

Actor Donnell Turner currently plays Curtis Ashford on General Hospital. Marco Island became a destination when he was originally contacted by Pat Berry to participate. Turner could not refuse the opportunity, and thus his first year was spent with like-minded personalities who support his path. “Everyone was so wonderful.” Turner commented about his experience last year. “The volunteers, the workers, the people were so welcoming and gracious.”

When asked if there was a person who attended Soapfest that inspired him, Turner described the beginning of a connection he maintains to this day. A young lady reached out to thank him for his involvement with autism, and said that his speech during the “Night of Stars” spoke to her. Turner continued, “We stay in touch [through twitter] and it’s friendships like this that you cherish forever. “

Having also attended Soapfest for the first-time in 2016, Actor Robert Palmer Watkins felt inspiring energy from guests attending last year throughout the weekend. When asked about his favorite event, Watkins instantly recalled the painting session with the kids. “We painted surf boards, and although it may seem like it’s simple, staying inside the lines isn’t so easy.” Watkins said. “We complimented each other on our work. “

A theme across all three actor’s answers, when asked what they like most about visiting Marco versus living 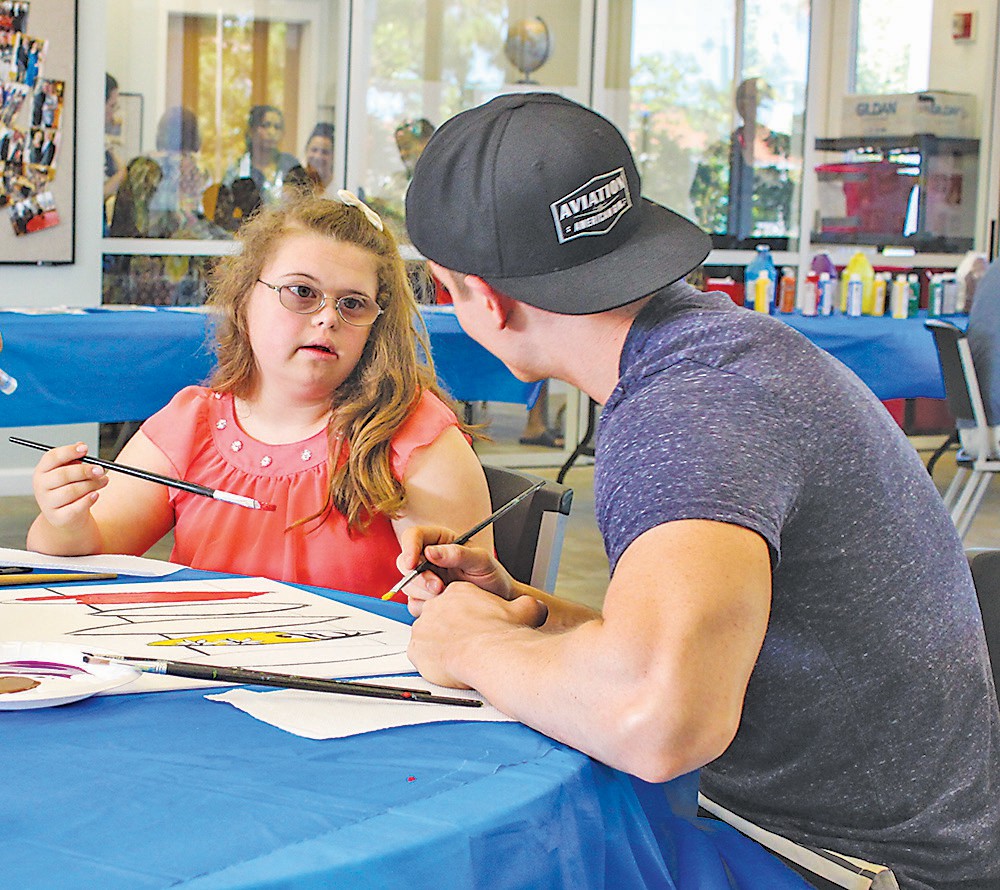 A youngster engages with Robert Watkins while painting.

in LA, was the rich history that they are fortunate to experience when staying on the island. “There’s nothing quite like the opportunity to unwind while attending a charity with such supportive and generous people.”

The generosity of Soapfest helps fund local charities and organizations in the community. One organization that has been supported for several years is Camp Able. As described on its website, “Camp Able is a vacation, birthday party, and family reunion all rolled up together. Camp Able is a gift of mutual respect and compassion wrapped up in silliness and love. Camp Able aspires to be a community that celebrates diverse abilities and gifts. Camp Able is not about what we can’t do, whether camper or staffer, the focal point is what we ‘can’ do.”

Camp Able “was created to provide a unique camping experience for people with diverse abilities. The camp teaches to love our neighbors as ourselves understanding that our neighbors don’t always look, sound or think the same way we do. Each camper, faced with their own set of circumstances, works through their challenges with full inclusion of a community that allows them to have fun and most importantly just be extraordinarily beloved.”

Make this year’s Memorial Day Weekend Celebration one for the books. Soapfest tickets can be purchased online at islandtheatercompany.com/tickets or by calling 239-394-0080. For more information about Camp Able visit www.campable.org.