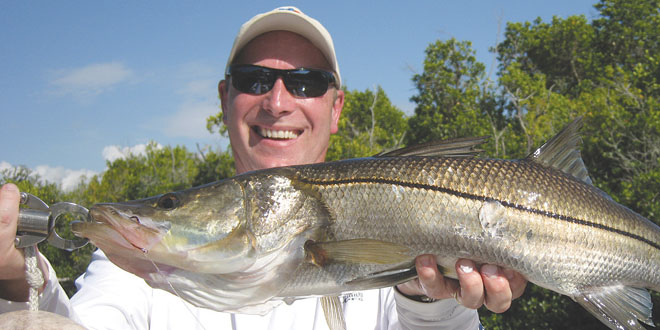 Avid anglers are marking their calendars in advance for September 1, 2013. The date marks the reopening of snook recreational harvesting within Gulf waters, according to the Florida Fish and Wildlife Conservation Commission (FWCC). A cold snap in 2010 stunned the snook population, but recent studies have found it safe to fish for the fish once again.

A status update was conducted in 2012 by the Fish and Wildlife Research Institute (FWRI) to follow up on the effects of the 2010 cold snap. Data within the report stemmed back to 1986, offering a close examination of snook populations throughout the years.

According to the report, snook were commercially taken off the market in 1985. Recreational fishing limitations have also been changed over time based on size, population, permits and other factors.

Many can recall the scene of dead and dying snook in canals, waterways and open water during the cold snap of 2010. This unfortunate turn of events led to a statewide closure beginning in January of 2010.

The report noted that Atlantic snook fisheries were not hit 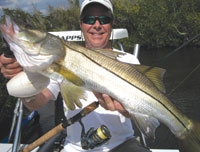 as hard, and its snook season reopened on September 17, 2010 through December 15 of that year. In 2011, the Atlantic snook season opened on time – Sept 1, 2011, but the Gulf closure was extended through August of 2012. At that time, it was again decided that the Gulf would stay closed another year – until August of 2013.

With the ban finally being lifted, there are still many regulations in place to ensure a healthy snook population.

Some of FWC’s guidelines for snook fishing are as such:

“When the Gulf recreational harvest reopens Sept. 1, all bag limits, size limits, gear restrictions and closed seasons will be in effect. This includes the one-fish-per-person, per-day bag limit, the 28 to 33-inch total length slot limit and the two annual closures in Gulf waters, which are from December 1 through the end of February and May 1 through Aug. 31.”

The next snook status assessment is planned for 2015.

To learn more on recreational snook fishing guidelines as well as all other salt and fresh water fish in the state, visit m.myfwc.com/fishing/saltwater/recreational/.