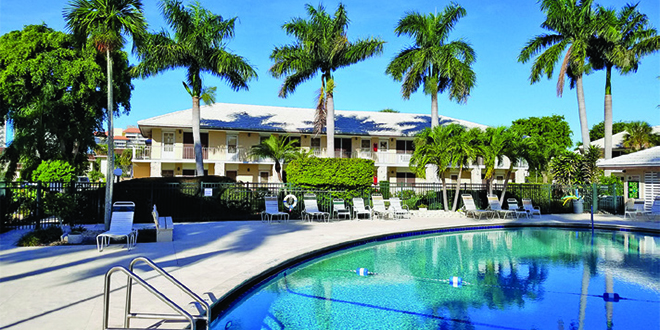 Aquarius is typical of a small condo.

Last week 364 condos were for sale on Marco Island. The lowest priced condo on the market is an inland efficiency at Southwinds, listed for $110,500. The highest priced condo is listed at $9.9 million for 13,528 square feet of luxury at Cape Marco. One way to look at the market is the size of the condos listed for sale. There is quite a range of prices in each segment depending on the location, age and the amount of renovations.

The market is roughly divided into four equal segments of small, medium, large and jumbo condos. Small condos on the island start at 400 square feet and go to about 900 square feet, with an average size of 700 square feet. Ninety-two condos, or about 25% of the market last week, are in this size range. They are listed from $110,500 for the Southwinds efficiency mentioned above, to $569,000 for an 876 square foot, two bedroom, two bathroom extensively 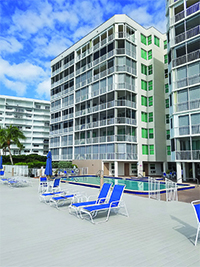 Photos by Gary Elliott:The Mirage on the Gulf is typical of a jumbo condo. 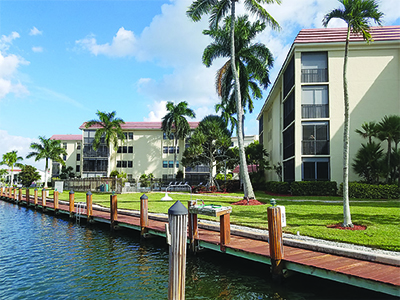