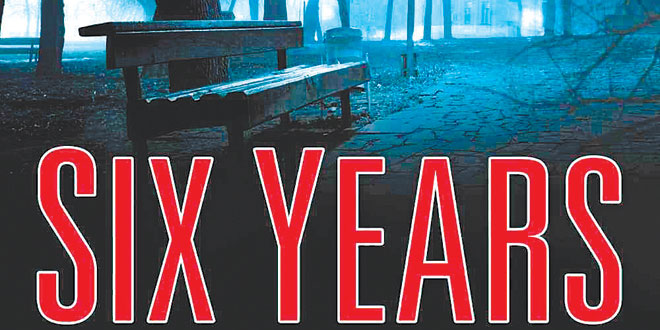 Harlan Coben’s most recent novel soared to the number one spot on the NYT Bestseller List immediately after it was published several weeks ago in March. I have to admit I was attracted to it because I read that Hugh Jackman had signed on to play the lead in the movie adaptation of Six Years, assuming that if this intelligent actor was eager to be involved in the project (as the Hollywood types call movies in the works), it must be an engrossing story. I was not disappointed. I am now a Harlan Coben fan.

Jake Fisher, the protagonist, is a political science professor at a small liberal arts college on the east coast which also happens to be his alma mater. When we meet him, he is a mope, sitting in the back of the church at the wedding of the woman he loves, Natalie, to Todd, a former lover of hers whom she purportedly just reconnected with, torturing himself and wallowing in the soured course of human events. You can’t miss him – he’s the one carrying the huge torch. She seeks him out after the ceremony and exacts a promise from him that he will “Leave us alone.” He assumes “us” means Todd and Natalie but we learn along with Jake that “us” involves many 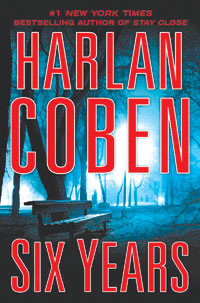 For the next six years he honors this promise until he reads alumnus Todd’s obituary on the campus website. He then reverts to mope mode and attends the funeral, but does not recognize anyone. Todd’s widow is named Delia and considerably older than Natalie plus there are two children much older than six years. Natalie is literally nowhere in sight. Everyone claims to not know where she is.

Thus Coben sets the stage for this incredibly absorbing story. Many cliches come to mind – page turner, plot twists, etc. None of them do justice to this book. The entire storyline is serpentine. As quickly as you think you have it all straight, another character is introduced or a new facet of a known character is revealed and the story pulses on. Jake is beaten up, nearly killed, placed on leave from his job, but refuses to give up. Along the way he discovers nothing is as he thought and no one is who he thought they were.

Six Years is truly worthy of the term “thriller.” It was not only fun to read but the intelligent dialogue and winding plot kept my mind engaged throughout. The ending was not at all what I expected, but Coben inserted a last little twist lest the reader lapse into complacency. It was a pleasurable way to spend an afternoon and I cannot imagine anyone being disappointed in this book.