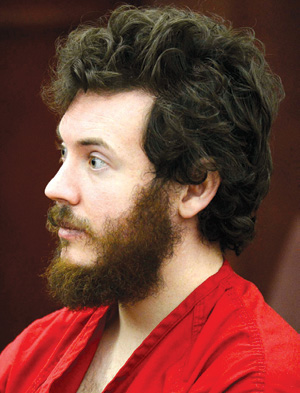 BEYOND THE COAST
Tarik Ayasun
tayasun@taray.com
People, young and old, are packed on both sides of the road at the finish line of the Boston Marathon. It is a public holiday in Boston and the perfect day for a marathon. Two young men carrying black backpacks walk amongst the crowd stop and drop off their deadly loads on the curb, in plain sight. They walk away and disappear into the back streets.

No one notices the black bags placed right in front of them. No one thinks twice about asking the person sitting or standing next to them if the bag belongs to them. No one is even slightly concerned. It is a beautiful day and a nondescript black bag on the sidewalk will not ruin their day. Or, will it?

Nidal Hasan is a Major in the U.S. Army stationed in Ft. Hood. He is also a psychiatrist who was born in what is known as Palestine and immigrated with his family to the USA. Major Hasan treats soldiers coming back from combat in Iraq with adjustment problems. He is a Muslim and is vocal about his religion. In his off-duty hours he wears a “dishdasha,” the long usually white robe traditionally worn by men in the Middle East, and walks around his neighborhood. His neighbors see him come and go but do not really pay much attention to this unusual garb worn by an officer of the US Army. He regularly goes shopping dressed this way.

He is about to be deployed to Iraq and he is visibly disturbed. He makes various remarks to his neighbors and fellow officers indicating his personal dilemma about going to war in a Muslim country. No one is concerned. No one reports him to the Army. None of his supervisors in the Army think anything of this behavior.  What harm can one Major in the Army; a psychiatrist by training, do to others around him? Obviously, a lot. As time will show…

It is Friday, July 20, 2012 in Aurora, Colorado, a town designated as an “All-America City” in 2008 by the National Civic League. It is still pretty hot at 12:05 AM Mountain Time. “The Dark Night Rises” starts to play at the Century 16 Movie Theaters at the Aurora Town Center, where crowds have gathered. Some are dressed as characters from the highly anticipated Batman sequel. James Holmes is amongst them. He purchases his ticket and goes into the theater. His hair is dyed bright orange although in this crowd he does not stick out as odd. As soon as the movie starts, he gets up to leave the theater through an exit door in plain sight. He props the door open before leaving.

Many in the theater notice but no one gets up to close the exit door. He plans to return through this door. Somehow, it does not seem strange to them that a young man with bright orange hair has left the theater as the movie started and propped open the door – indicating he is going to 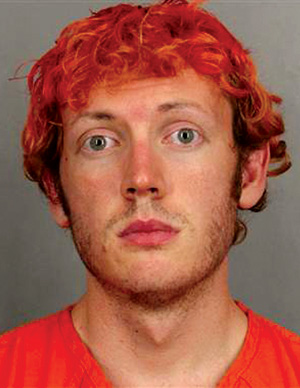 return. No one reports this to the theater personnel. He does indeed return, carrying a .22 caliber Smith & Wesson equipped with a drum magazine which can hold up to 100 rounds; a Remington 12 gauge shotgun and a .40 caliber Glock semi-automatic handgun.

The results are deadly.

However we, as a society used to freedoms not seen, heard or exercised anywhere else in the world, could be a bit more aware of what goes on around us. And this would save hundreds, if not thousands, of lives.

“Situational Awareness” is something anyone who has ever served in any branch of the military would know about. By understanding and making ourselves familiar with a minimum level of “situational awareness” and exercising it in our daily lives, without going overboard and falling into a state of paranoia, not only will we make ourselves safer in an environment that is constantly getting more dangerous, but we may make others around us safer as well.

Situational awareness simply means, “understanding what is going on around you.” The world may be a wonderful place but it can also be a dangerous place. Being aware of one’s surroundings and identifying potential threats and dangerous situations is not a skill; it is a “mindset.” Any one of us can exercise situational awareness if we are willing and have the discipline to do so.

In order to practice situational awareness, we must first of all believe that “threats exist.” The people who lined up at the finish line of the Boston Marathon; the victims and neighbors of Major Hasan at Ft. Hood and the moviegoers in Aurora basically did not believe that a threat existed. All three events (plus many, many more; too many to mention here) should prove to the skeptics that apathy, denial and complacency are deadly.

Even though I have adapted myself to the concept of situational awareness many years ago and practice it in my daily life; I have run into many situations where I found myself to be in a totally relaxed and comfortable state of mind; only to realize that I was in the midst of very dangerous and possibly deadly situation. I have been able to get out of these situations by using my situational awareness and by trusting my “gut” feelings or intuition. Over the years I have learned that even though my mind could not quantify or articulate certain signs of danger, my “gut” did. And by obeying my gut feelings I was able to either walk away from threatening situations or avoid walking into them.

The latest example of a lack of situational awareness at every level was the event that took place at the Boston Marathon. If we can stop time and go 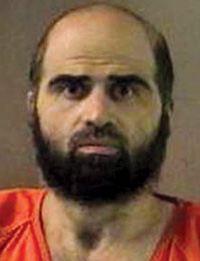 back and trace the events which culminated in the deaths of innocent bystanders, a police officer and the maiming of many more people; we will be infuriated to see how many mistakes were made because people, in general, lacked situational awareness  did not trust their gut feelings or intuition.

According to published reports and not so far denied; Russian secret service had warned the FBI almost a year ago about the Boston Marathon bomber, Tamerlan Tsarnaev. Unfortunately, as a result of a number of bureaucratic mistakes, attention was not paid to this individual and he escaped scrutiny.

It is widely reported that sometime around 2008 or 2009 Tamerlan suddenly stopped boxing (his favorite sport), smoking and drinking. No one thought anything of this. He started talking about 9/11 and was convinced that the CIA planned and executed this event. No one gave this a second thought. He drove around in a Mercedes while not holding a job. It did not raise any eyebrows. His friends and neighbors never questioned it.

If we watch the surveillance videos made available through the internet and news networks, we will notice a large number of uniformed security officers walking through the crowds in Boston. They do not seem to be particularly interested in the events around them. Their presence there is more like a show of force and they seem to play into this role.

And finally, two bags are deliberately dropped off on the sidewalk where many people are lined up and no one questions the ownership of these bags.

For the past few years, I have been writing about terrorism, terrorists, radicals, Caucasus, Mali, Al-Qaida and asking everyone to connect the dots. I am not sure how successful I have been in my efforts to raise the consciousness of those who read my articles.

I believe that there is an imminent threat. I strongly believe that unless we raise our levels of “situational awareness” as a community, as a nation, more bombings, more massacres and more unpleasant experiences will be in our future.

No matter how safe we may feel living right here in Collier County; we should never let our guard down. We should always be aware of our surroundings.  We should not be afraid to report any and I mean ANY unusual activity to our local authorities. We must take precautions whenever and however we can. We just can’t take anything for granted in our daily lives. If we see a person or persons in our area and they look like they do not belong in the environment; we must report it.

Terrorists are specialized criminals and they do not act on momentary impulses. Their actions are planned months or years in advance and executed with precision. When we notice any unusual activity in our neighborhoods, we must report it. When we enter a room, shop, restaurant or a movie theater look around. Familiarize yourself with the surroundings. If you see anything unusual, do not dismiss it.

It is unfortunate and unpleasant that we need to make these adjustments but it is a matter of life and death.