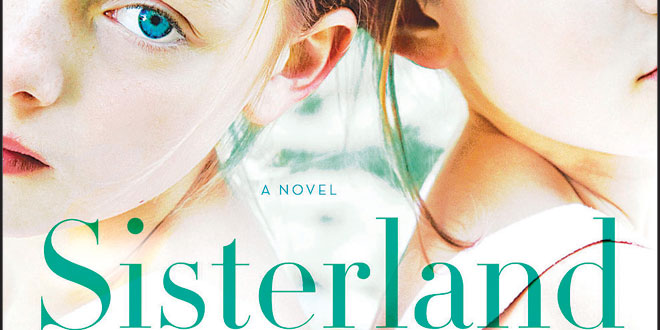 Violet and Daisy Shramm are psychic identical twins who live in Saint Louis, Missouri, but dwell in Sisterland, the name the older-by-eight-minutes twin, Violet, gave to the bedroom they shared as children. Her sign “Sisterland – Population 2 – Do NOT Enter Without Permission” that hung on their bedroom door was a declaration of both physical and psychic boundaries. As children, both girls accepted their innate ability to “know” future events and other people’s secrets. They also knew others did not understand this trait, including their own mother.

The story is told in the first person by Daisy, who in college starts using her middle name and as our narrator in 2009, is now Kate Tucker, wife of Washington University professor of aquatic chemistry Jeremy and mother of 2-year-old Rosie and 6-month-old Owen. Kate is rather a boring woman who spends her day feeding her baby every three hours or so, corralling her toddler and cleaning stains out of their clothes. A college graduate, she has spent her entire life since middle school smothering her psychic traits and generally living within a cloak of invisibility. I am sure you can guess this was due to a traumatic event engendered by the middle school’s supreme mean girl. It is actually a delicious story line in the book.

At this point in the story, Kate’s sister Violet is an established psychic medium, mother Rita has been deceased for several years, father Earl is living on his own in a small apartment and Kate and Jeremy are best friends with a couple who live down the street, Courtney and Hank Wheeling. This friendship is pivotal in the Tuckers’ lives. The woman works with Jeremy at Wash U as a professor in another area, and Hank is Mr. Mom, caring for their daughter Amelia. He and Kate take their kids to the coffee shop and park almost every day of the week and enjoy a supportive friendship. 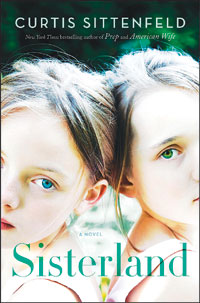 of Kate’s tedious domestic existence, a small earthquake/tremor occurs, and Violet the psychic announces to a St. Louis television reporter that a bigger earthquake is coming. After some hesitation and with Kate’s insight from a glimmer of her barely-there psychic ability, Vi further states that the big one will occur on October 16. This garners national attention with an appearance on “The Today Show” and unleashes incredible stress on everyone in the family. With this threat of The Big One in the foreground escalating Kate’s anxiety, she recounts the story of the girls’ childhood, going all the way back to when and how their parents met, their happy early years, and school, including college.

Master storyteller is a phrase used probably too frequently by people who write about books. In my opinion, it does not do Sittenfeld justice. Maybe she is an uber-master storyteller. I did not particularly like Kate Tucker or even Vi Shramm very much, but I was mesmerized by their story. I read the first 340 pages in one sitting, literally hated to put the book down. This is an incredibly multifaceted exploration of relationships, responsibility to others and to ourselves, but mostly of the imperfect knowledge we have of others, even those closest to us, and how that shapes our perceptions of ourselves. No matter how well we think we know another person, whether it be a spouse, sibling or parent, we really only see snapshots of their lives, never the entire film.

Some local merchants are celebrating September as National Library Card Month by offering all card holders discounts on purchases.

Show your card and get the specified discount. Visit the library or its website to get the list of participating merchants.

If you do not have a card, correct that void in your life; hurry on down to the nearest branch and sign up.

The card is free for year-round county residents with only a nominal fee for others.