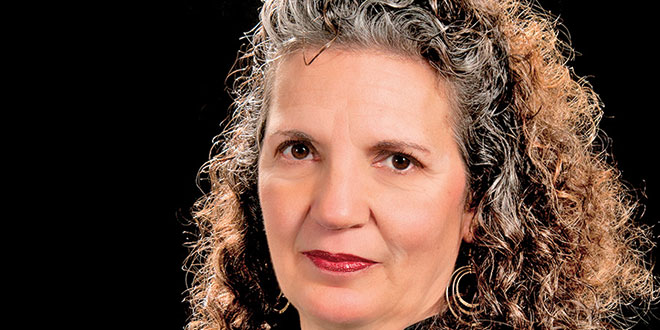 Marco Island resident Gina Sisbarro wears many hats. She’s a playwright, an author, a public speaker, a ghost tour operator, and most recently the creator of Marco’s premiere acting school.

The school will offer five different six-week courses that are geared for both adults and children of all different acting levels. Courses will take place at the Rose History Auditorium.

For the past 20 years Gina has been directing youth and teen theater on Marco Island. The idea for an acting school came to her when she realized that the local Marco playhouses were running low on audition attendance.

“I think because there hasn’t been a forum for teens and adults to learn how to act it stops them from auditioning,” said Gina. “It can be intimidating going into an audition if you don’t have any type of background behind you. That’s the purpose for the teens and the adults, to give them the opportunity to learn about acting, how to act, what directors are looking for and how to get through an audition.”

Gina hopes that the Sisbarro Acting School will eventually feed both local theaters as well as her yearly production with trained and confident actors.

“I’m not developing another theater company,” said Gina Sisbarro. “The idea is to provide actors for the local theaters. Right now it’s not being done on the Island.”

Each of the five classes offered cater to a variety of ages and skill sets. For instance her “Creative Dramatics” class is for children ages 5 to 6 and introduces basic acting skills, while also allowing the children to “explore the wonder of imagination.” Her “Been There, Done That,” class is for experienced young adults and teens. She will also hold an “Acting 101” course for adults 18 and up with little to no acting experience.

The classes will provide students with a basic foundation for the craft. The courses will also explore different facets of acting such as improvisation and vocal and movement techniques.

“I would love to keep our local theaters filled to the brim with locals from Marco Island and Naples,” said Gina Sisbarro. “Let’s face it, Marco loves to see friends and family on stage. Let’s give anyone and everyone the opportunity to give acting a try!”

Last spring Gina’s play “The Men of Rushmore and Their Wives,” premiered to great success. Due to this success she was contracted for a second play. Besides opening the school Gina is in the midst of writing her newest play, “Battlefield of Brotherhood.”

“The actors are going to be challenged,” said Gina.

“Battlefield of Brotherhood” is set to come out in March. In the meantime, for more information on the Sisbarro Acting School check out www.SisbarroActingSchool.com, or call 239-537-8353.