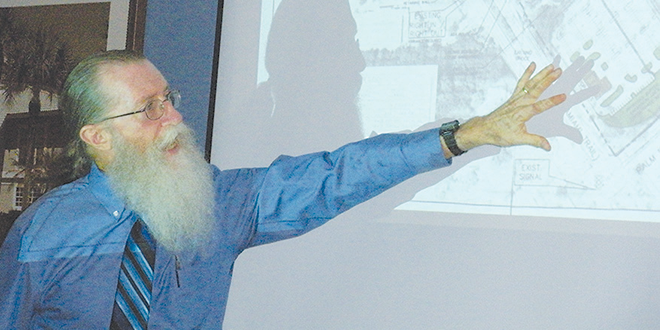 Construction activity in Collier County has again become commonplace as the economy recovers from the most recent recession. One need look no further than the State Route 951 – U.S. 41 corridor near Marco Island for evidence of that fact. Donna Fiala, the Collier County commissioner whose district includes Marco and Mark Strain, the county’s chief hearing Examiner, discussed growth that is underway or planned for the near and distant future, at a presentation held recently at ciation of Realtors. “Collier County is built out or promised to be built out in some manner,” said Strain. However, 9.2 percent or 135,764 acres of the roughly 1.5 million of the county’s undeveloped acreage is dedicated to greenspace, he added. One of the large tracts available for development is the still-operating, 6,000acre 6L Farms Ranch, located off U.S. 41, in East Naples, not far from Marco. Plans are on the books for it to eventually be developed “in a modern town setting, with walkability,” said Strain. Fiala said the residential development is projected to add about 30,000 additional residents in the East Naples area when it is fully built-out in 30 to 40 years. Strain said the county’s population is currently about 400,000 residents, with projections calling for that total to rise by 1 million people when the county is completely built-out. Development is coming, but Fiala assured the audience that 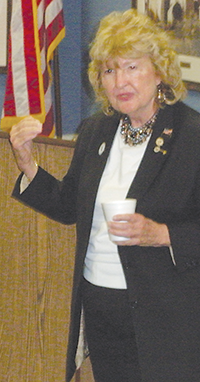 it won’t result in the Collier mirroring the environment on Florida’s East Coast. “We’ve just got to control the concentrated growth that’s going to occur in the county,” she said.

Fiala and Strain also covered the commercial growth that is now underway or planned for the 951-41 corridor. They said a Wawa convenience store, a Starbucks, Pollo Tropical and Panera Bread restaurants, and Steinmart and Ross clothing stores are all planned for the area near the Lowe’s Home Improvement store at the 951-41 intersection. Residential developments along the available for development, including for commercial purposes, they added. Fiala and Strain cited Hacienda Acres, the Isles of Collier, Treviso Bay and Fiddlers Creek as examples. A Five Guys Burgers and Fries and a Beefstro’s Gourmet Beefs are slated for Verona Walk, located off 951, said Strain. Strain, who is also chairman of Collier’s Planning Commission, cautioned that not all projects discussed during the presentation have been approved by the county. Some are under review, while others are being discussed with the property owners, he added.