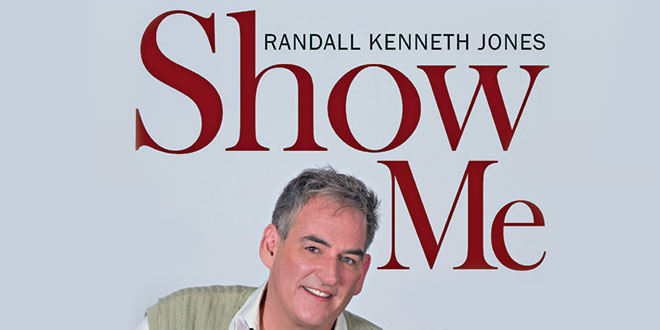 Featuring a foreword by the Emily Post Institute’s Peggy Post and an introduction by Erin Brockovich, Randall Kenneth Jones’s Show Me is a result of more than 50 years of research: 50-plus years of living a life, 10 years of journaling about that life, and four years as a Southwest Florida newspaper columnist writing about people who, at one time, Jones assumed lived a better life than he did.

In his battle against time, short attention spans and emotionally bereft modern technology, Randall Kenneth Jones wages an editorial war against pessimism by waving his journalistic flag in the promotion of creative thinking, positive communication, 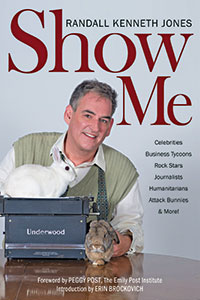 With the help of his treasured gallery of informants—starting with the influencers from his days as a showy-yet-sensitive, bunny-fearing Mid-Missouri youngster to his completion of 100-plus interviews exploring modern-day success, family man, entrepreneur and humorist Randall Kenneth Jones hopes to SHOW YOU what all of these extraordinary people so graciously SHOWED HIM.

Show Me showcases how to learn from your past, embrace your present, grow personally and professionally, laugh at yourself and banish mediocrity—by listening, learning and respecting the never-ending balance between ambition and tradition.

“In many ways, Show Me is intended to be the antidote to our negativity-infused political season,” says Jones. “Personally, I will never apologize for looking for the positive in people.”

Show Me, published by Smart Business Books, will be released nationally on Tuesday, November 15, 2016 on Amazon.com.