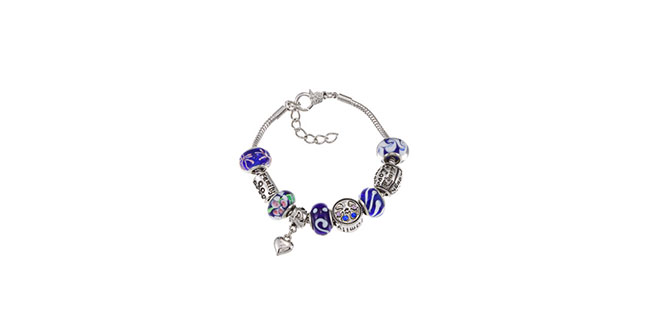 Yes, my title is a true massacre of the King’s language, but no other words I can think of can better describe the topic of this column.

Most everyone has experienced a missed opportunity or, in extreme cases, like waiting for your ship to come in while sitting at the regional airport.

Lots of other sayings come to mind such as “he who hesitates is lost.” Or, completely the opposite “don’t jump in with both feet.” or “I’m just getting my feet wet.”

Lost opportunities abound in the jewelry business, why did I buy this? Or, why didn’t I carry that? The Pandora bead craze comes to mind; boy did I call that one wrong. A passing phase I told everyone. You remember the denomination bracelet with its little square sections you would clip charms on to? That one came and went just like the “Beanie Baby” craze.

So why would the Pandora bracelet be any different? WRONG!!!! The Pandora bead bracelet is as strong a seller as it was 10 years ago and is still in great demand in nearly every country on this planet.

There are dozens of companies producing knock offs of the beads, yet sales of genuine Pandora beads are still #1 in the bead market.

Scores of folk have been disappointed that I did not carry the beads, but here in the states the Pandora franchise is very strict about territory. And for years only one jeweler was allowed to carry the genuine Pandora bracelet and beads on Marco Island.

That was strange because in nearby Naples there are scores of places to buy them. I was amazed by how easily attainable they are in Europe; you could buy them almost anywhere – pharmacies, hair salons and nearly any department store.

I recently hired a new employee and her first question was “why don’t you carry Pandora beads? Hmm? After explaining why I didn’t have them she said you should still make compatible beads with a Marco theme.

So Now I’m at the designing board creating my versions of Marco beads that will fit the popular bracelets. I will have many styles to choose from in the near future… Better late than never.

Then, there is the other side of the coin. I have a handful of customers who have admired my original designed “Marco Bracelet,” and I mean admire for more than a decade, only thing is they have not yet purchased one. When I first created the bracelet it was $125. It now costs almost triple the price due to current precious metal prices. Supposedly these customers are waiting for the price to come down. I don’t see that happening any time soon unless gold plummets to $100 an ounce and silver back to $3. I have a redesign Marco Bracelet that is a silver and rubber combination that is very reasonably priced… Shoulda woulda coulda done it then.

While I certainly missed the boat with Pandora, I was right on the money with the jewelry trend of Venetian Murano glass jewelry six or seven years ago. I brought it back from Italy, and no one in Southwest Florida even knew about it let alone sold it. It was incredibly popular but soon ran its course. After all, it is glass – pretty but not durable. Now you can’t even give it away.

Supposedly, one of the original founders of Pandora left the company and is trying to launch a new bead trend only with colored leather bracelets; and guess what? The current Pandora beads won’t fit on the new leather bracelets. It will be interesting to see if it takes off.

The same goes for large diamonds. Even though the economy is (in my opinion) slowly getting better, it’s still basically far from being out of the woods so to speak. You would expect diamond prices would have come down. That is far from the truth; large-sized, high color, quality diamonds demand the highest cost per carat that I can ever remember. And guess what? I’m selling a respectable amount of them, more this season than the last five or six… go figure. It’s true that smaller sized diamonds are more reasonably priced, only I have no real demand for them. It will be interesting to see what the off-season will bring.

An inquiry from cyber space…

A gentleman from Naples wanted to know why is it impossible to find a replacement metal strap for his twenty year old Seiko wrist watch.

Part of the problem is the age of the watch. I had a Seiko that I loved, and 10 years later the strap was kaput. I called the factory and to no avail could or would they replace it. I was told they simply do not stock parts for any watches over five years old. Period!

Because of the unique designed cases it was impossible to even put a leather strap on them. I had to toss a perfectly good running watch for lack of a replacement strap. Nowadays, if you are lucky enough to find a cheap but used same model watch on Ebay buy it and get it just for the strap. Otherwise it’s now a pocket watch.