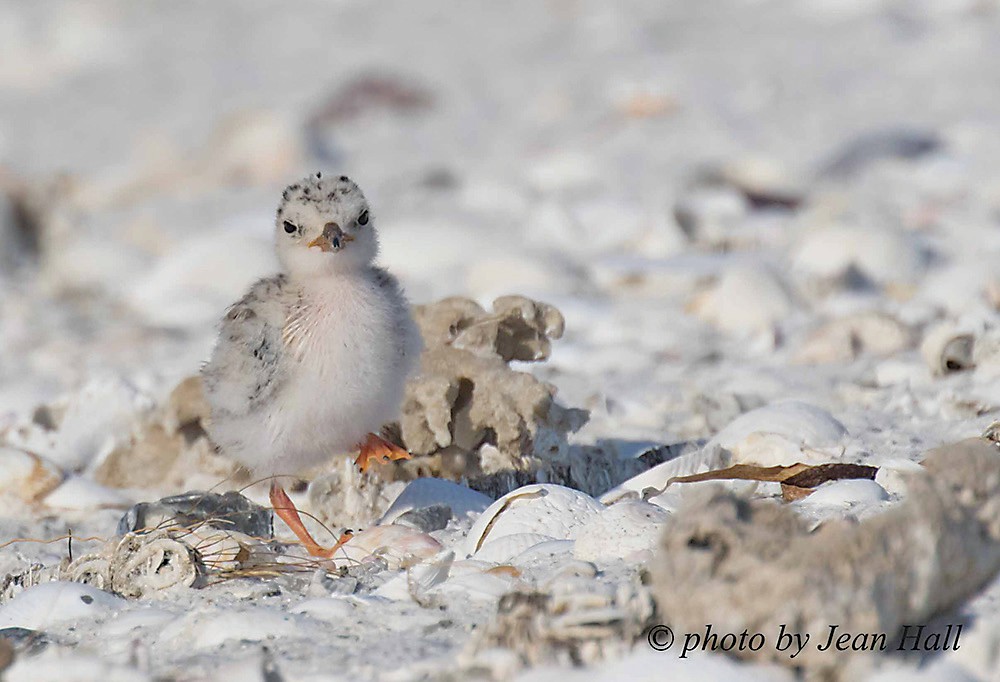 For the first couple of days of life, tiny chicks are only about 2½-inches and not easy to spot. It is suggested that you walk closer to the surf in posted areas. Photos by Jean Hall

A new group of shorebird stewards received their training Saturday, April 22 at Tigertail Beach. They heard from Audubon biologists Adam DiNuovo and Alli Smith on the importance of protecting the nesting colonies and how to share 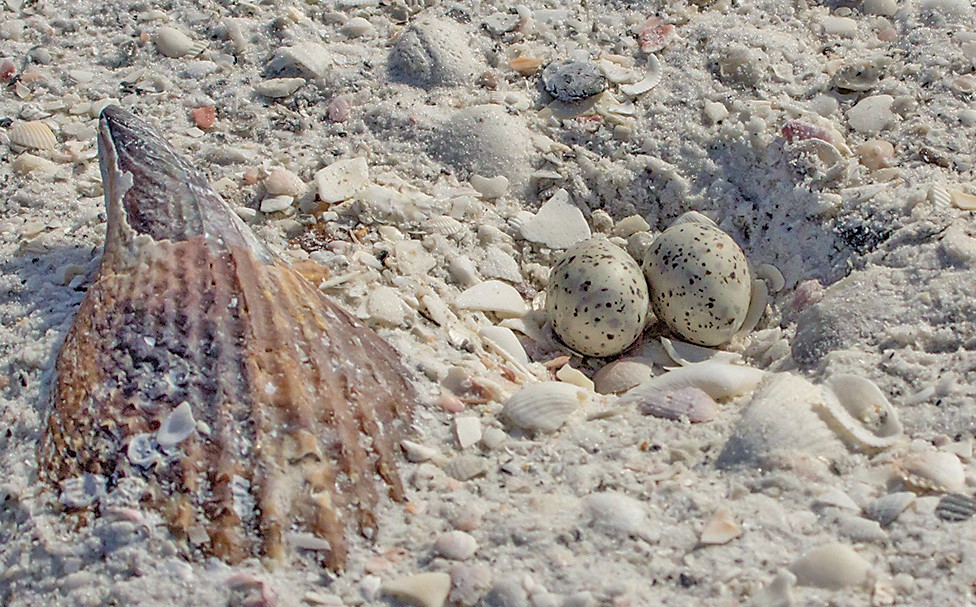 Watch Your Step: Eggs are not easy to spot and can easily be stepped on. This Wilson’s plover nest and eggs were too close to beach foot traffic. Ideally, the scrap/nest should be in a thicker vegetation area.

basic beach biology with beachgoers during the summer nesting season. 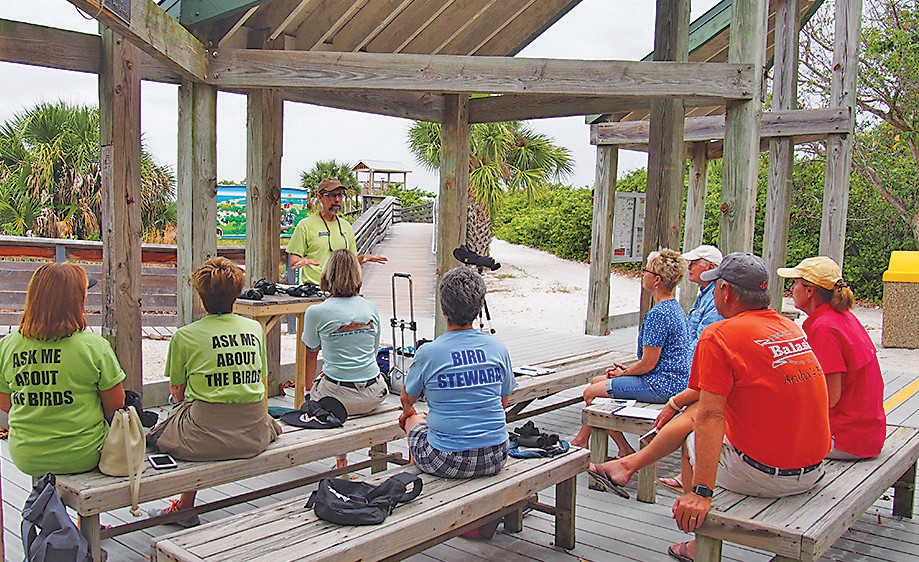 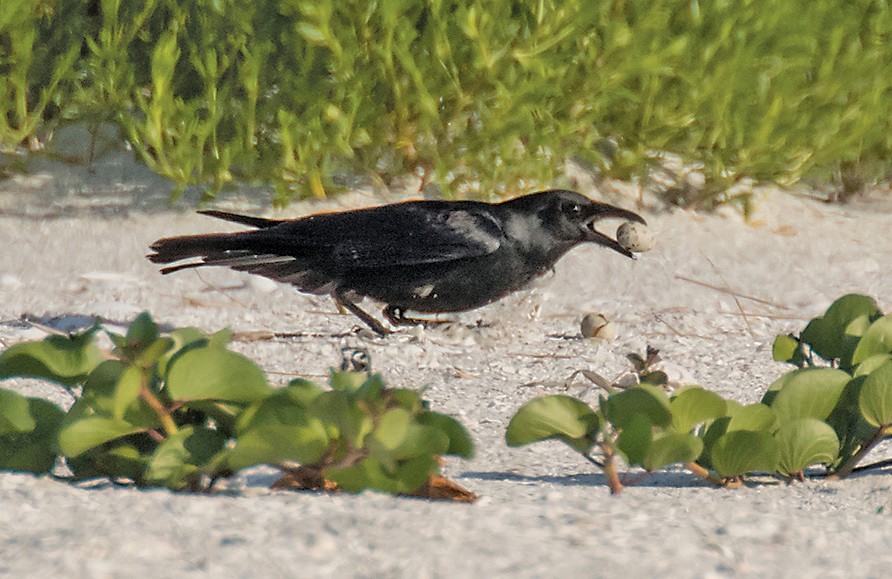 Crows eat eggs and chicks! Pack out all trash so crows don’t come looking for their next meal on the beach.

They had over 1,000 fledged chicks of threatened black skimmers and least terns. And they would have failed without the constant presence of the shorebird stewards on Marco’s beaches, along with the help of a very informed beachgoing public.