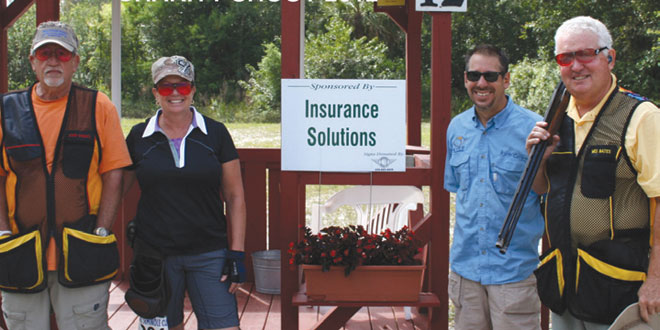 The Port of the Islands Gun Club is at it again. For the third year now, the club is prepping for its Annual Charity Sporting Clays Event, dubbed “Shoot Down Kids Cancer.” On Saturday, March 23rd, from 9 AM until 2 PM, the POI Gun Club hopes to break its record of $28,000 raised last year – aiming for $32,000.

The whole thing started when, “a couple of us here have had bouts with cancer and we’ve always wanted to give something back,” explains Gary Landis of the POI Gun Club and one of the founding members of the event. “If you think about it, I’m 70 years old, so I’ve been to my high school prom, I’ve graduated from college, I’ve raised a family. Kids that get cancer may not ever get the chance to do those things and it just seems very unfair.” 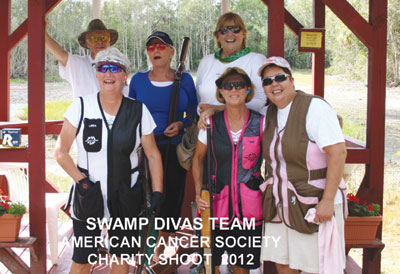 the past two years, monies raised by the “Shoot Down Kids Cancer” event have gone to R.O.C.K. which stands for Reaching out to Cancer Kids. According to Landis, R.O.C.K. not only sends children with cancer to special camps, but also conducts critical cancer research. “It’s nice to send kids to camp, but it would be even better to find a cure,” he explains. The money raised is filtered through the local Marco Island Chapter of the American Cancer Society.

The Charity Sporting Clays Event is just that. Teams of four buy in at $1,000 to shoot over 100 clay discs at 14 different stations. Each station is sponsored by a different company, such as Stanley Steemer, which has been a sponsor every year.

The day continues with great food and great live music. The country band, One Night Rodeo, will perform throughout the day. There will also be a live and silent auction.

Port of the Islands

Gun Club has been in business for 47 years and has many members who come out to shoot on a weekly or even daily basis. The notoriety of the club is what makes the event so successful. This year, owner Dennis Gasaway, expects up to 50 teams to participate.

Sponsors also line up to support the “Shoot Down Kids Cancer” fundraiser. Hemmer Construction, Insurance Solutions, Berquist Gunsmithing, Cole Gunsmithing, Bass Pro Shops, LouLand Shooting Range, Muller Chokes, Stanley Steemer and Quail Creek Plantation are some of the sponsors this year but stand out as each company has sponsored the event every year.