Shining the Light on Amendment 1 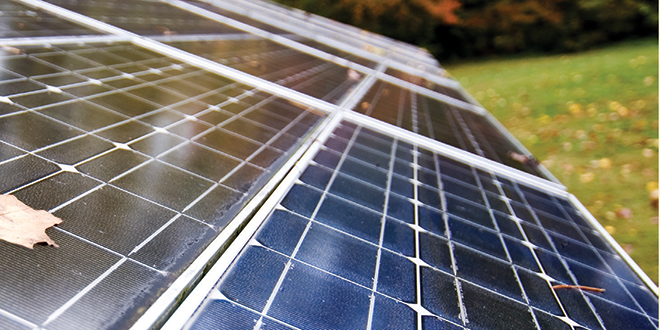 Florida is known as the “Sunshine State” because of its abundance of that commodity, which may be able to help Floridians wean themselves off of fossil fuels, minimizing the effect those fuels have on our environment.

When you go to the polls, on your ballot you’ll find Florida’s Solar Amendment, known as Amendment 1. Although it may look good on the surface, Amendment 1 could come back to sting solar users with additional fees to help make up for utility companies’ falling revenues, a result of more people taking advantage of solar power.

Presently, under Florida state law Floridians have the right to own their own solar energy producing facilities. Under Amendment 1, that right would be added into the Florida State Constitution, but with certain rights given to power companies, such as Florida Power and Light and Duke Power, to add on fees.

To date, large utility companies have invested over $20 million to get this issue before the voters and have it passed. Some might say they have crafted the wording in such a way as to have it appear “pro-solar.” They have even created a group called Consumers for Smart Solar.

Many solar users still utilize the power grid, but on a lesser frequency than people who do not invest in solar generating equipment. The power companies wish to attach special fees to solar power users, in order to make up for declining revenues as solar becomes more popular and affordable.

The solar industry believes it is being singled out, and points to seasonal Florida residents who only utilize those services when they come south to escape northern winter temperatures.

If the amendment fails, solar users will not be affected, as they are protected under present Florida Statutes.

Many have utilized the analogy of a Trojan horse to describe the effort to conceal what they say is the amendment’s true intent, and urge that it be defeated.