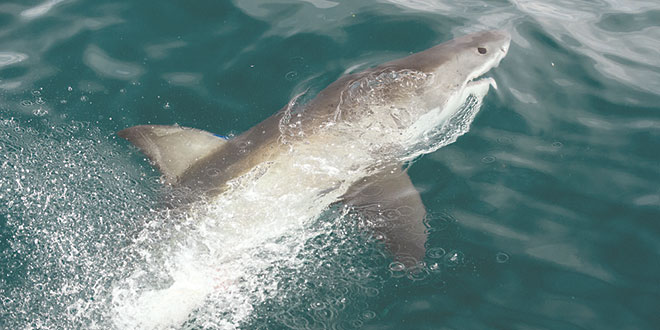 It’s hard to believe that 2015 is already halfway complete. Sitting here contemplating the first 6 months of the year and then the last 12 months total, I realized that it has been 1 full year since I was right where the Gulf of Mexico meets the Caribbean Sea and that’s where my wife and I were swimming….with Whale Sharks! About the size of a small school bus, it was quite an experience to be in the migratory route of these plankton eating giants.

It got me thinking about the Gulf Stream current, other migrating species that utilize this conveyor belt and other predators that come into our waters. With recent news headlines teeming with information about attacks it seems relevant to talk about something that may bother residents and visitors… sharks!

From the Yucatan Peninsula to the Texas coastline and all the way to the Florida Keys, the Gulf of Mexico is home to more than 45 species of sharks. Some are deep water dwellers while others can be found in our rivers and canals. Several varieties are right here in the Marco Island area.

The anatomy of a shark is quite amazing. Even though there are more than 400 species worldwide, the basic body structure is very similar throughout.

All sharks have cartilage for their skeletal structure rather than bones. This allows them to maneuver better than other sea creatures and also helps with their speed. We can all picture the open-mouthed poster from the movie “Jaws” quite well and we remember how intimidating that was. Well, the jaw seems so big because it is not attached to the skull. Both the upper and lower jaw can operate independently of each other and this allows for a very powerful bite on its prey.

They have many rows of teeth and the shape of these teeth may depend on the individual shark species’ diet. They are very sharp and can rip thru meat and bone with little difficulty. Teeth will break or fall out constantly. Since they have several rows of teeth and with the front row being the most vulnerable to removal it is estimated that sharks can regrow thousands of teeth in their life span.

Sharks depend highly on their sense to help find food as well as awareness in the water. They have an internal sense for them to detect vibrations in the water and this is called the Lateral Line.

They can also detect electrical charges from their prey. As the move through the water all living things will produce some type of electrical current. This sense is called the Ampullae of Lorenzini.

The strongest sense for a shark is smell. Just under the snout are two “nares” or nasal cavities. Water enters one nare

and exits the other. The water goes into nasal sacs and over a series of skin folds which gives the shark the opportunity to register the smells. The shark’s brain will analyze the smells to determine if they are prey, predator or mate. About two-thirds of a shark’s brain are filled with these olfactory lobes to best recognize what is near them. Once a scent is identified and the shark decides to pursue, it starts swimming. The back and forth movement of the head helps this predator to better locate the source of the smell until it is in sight.

How keen is this sense. Research shows that they are able to respond to one particle of blood for every one million particles of water. This is like us trying to determine what is in a swimming pool when only one teaspoon of something is dropped in!

They also have very keen eyesight and they can see well both at day and at night. Depending on the amount of light, the eyes will dilate to help better see objects in their path.

Hearing is another major advantage to them. Some species have the ability to hear prey that are miles away. They hear sounds at an extremely low frequency from a long distance.

Shark Week begins on TV very soon and we will see lots of video with calm waters and then, all of a sudden, this fin slowly elevates to break the water’s surface and the infamous music plays in the background! That fin strikes fear into young an old alike. But sharks do have more than that one fin. Most species have six fins: a pair of pectoral fins, a pair of dorsal fins, two pelvic fins and anal fin and a caudal fin. The front dorsal fin is the one we see most often in films. It seems that the most important fin is the caudal fin, or tail fin. For most sharks the cartilage frame extends into this caudal fin, primarily into the upper lobe of the tail. This is the main source of thrust and forward motion. The shape of the tail fin reflects the shark’s lifestyle.

These sometimes huge fish are all over the world. Some species we know quite well and others are still a mystery. Some travel thousands of miles on their migratory paths while others appear to be more localized.

One thing that I do know very well…when I hear that theme song from the movie “Jaws” in my head, I’m just a little more timid when I go swimming in the Gulf. Maybe that’s just me…or is it?

Bob is the owner of Stepping Stone Ecotours and a Naturalist for the dolphin survey team based on Marco Island. Bob loves his wife very much!