September Awareness – A Look Beyond the Ribbons 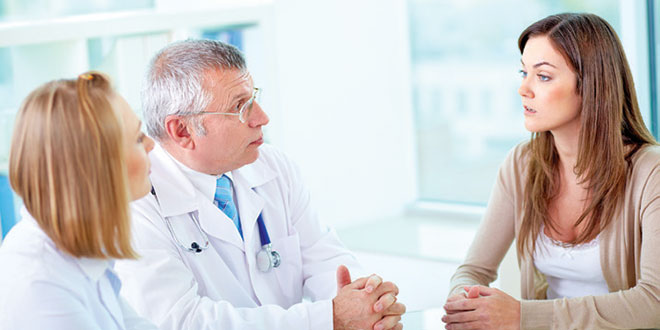 Throughout the calendar year, there is a cancer awareness theme for almost every month. These themes are usually marketed with the images of colorful ribbons. For September, a teal ribbon is the symbol of ovarian cancer awareness, while thyroid cancer awareness is represented by a teal, pink and blue combination ribbon. As a cancer survivor, I have mixed emotions about the use of these pretty ribbons to depict a disease that is anything but pretty. Although I applaud the marketing outreach, which has indeed been effective in spreading the word, I prefer to experience awareness by embracing the images of survivors and the memories of loved ones lost. The month of September brings forth some vivid memories for me.

Jane Ann was a lifelong friend of my family. The life of every party, she had the unique talent of telling a joke with just the right delivery of the punch line. In my mind’s eyes and ears, I can still see the priceless comic expressions of her beautiful face and hear the musical chime of her laughter. In September 1991, Jane Ann passed away from the ravages of ovarian cancer.

According to the American Cancer Society, approximately 22,280 women will receive a new diagnosis of ovarian cancer in 2016, while 14,240 will die from the disease. Ovarian cancer accounts for 3% of all cancers among women, but causes more deaths than any other cancer of the female reproductive system. It ranks fifth in all cancer deaths among women. Only 20% of ovarian cancers are found at an early stage. Unfortunately, there are still no definitive screening tests for ovarian cancer. A common misconception is that it can be detected with a pap test. Although pap smears are effective in detecting cervical cancer, they will very rarely detect ovarian cancer.

CA-125 is a protein in the blood that can be associated with ovarian cancer. This protein marker can be detected with a blood test, but it is not considered to be an effective screening tool. Elevations in CA-125 can be associated with other non-cancerous conditions, while not everyone with ovarian cancer will actually exhibit a high level of this protein. In recent years, additional blood tests have been developed. OVA1 is a test that can help detect ovarian cancer in a pelvic mass that is already known to require surgery. ROMA, or Risk of Ovarian Cancer Algorithm, is another test, which tests for CA-125 plus HE4, the human epididymis protein, another protein often found in the blood of women with ovarian cancer. Once again, these tests are not screening tools, but may help with diagnosis in some cases.

A transvaginal ultrasound (TVUS) can be used to detect masses in the ovaries, but cannot determine malignancy. However, it can be a useful tool for women who are experiencing symptoms.

The topic of symptoms brings up another obstacle in the quest for early detection. The symptoms of early stage ovarian cancer seem to be nonexistent or rather vague. The most common symptoms are bloating, pelvic or abdominal pain, feeling full very quickly when eating, and urinary urgency or frequency. Fatigue, back pain, discomfort during sex, constipation, and abdominal swelling may also occur. Many women experiencing these symptoms may ignore them or attribute them to other things.

Despite the statistics, there is hope. Recent studies have shown that ovarian cancer survival rates are actually improving. The identification of inherited genetic mutations as risk factors and the use of new, targeted therapies have contributed significantly. A genetic mutation is an abnormal copy of a gene that reduces the body’s ability to repair damaged DNA. Mutations to the BRCA1 and BRCA2 genes have been linked to hereditary breast cancer and ovarian cancer. Prophylactic oophorectomy, or removal of the ovaries, is often recommended for women who do not have ovarian cancer, but test positive for these mutations, particularly if they have been diagnosed with breast cancer.

Targeted therapy is the use of drugs to identify and attack cancer cells while doing little damage to other normal cells. Some targeted therapy drugs are angiogenesis inhibitors that work by blocking the formation of new blood vessels that would feed the tumor, poly ADP ribose polymerase inhibitors that are specifically used for patients with BRCA mutations and work by making it difficult for a tumor to grow, and other drugs that target a specific folic acid receptor found in some ovarian tumors.

In September 2014, I attended my first Relay For Life leadership committee meeting at the Marco Island office of the American Cancer Society. Returning home from the meeting, I received a phone call from my brother, Tim, informing me that he had just been diagnosed with cancer. The discomfort he had been experiencing in his neck was found to be papillary thyroid cancer. The thyroid is a butterfly shaped gland found in the front of the neck, functioning as a regulator of metabolism. Fortunately, this particular type of thyroid cancer tends to be very slow growing and can be treated successfully. Tim’s treatment involved the surgical removal of the entire gland followed by radioactive iodine treatment with isolation in a hospital setting. He now takes synthetic thyroid hormone on a daily basis. He is very healthy and doing well!

In cases where surgery and radioactive iodine treatment are unsuccessful, targeted therapy with a kinase inhibitor has been successful in inhibiting thyroid tumor growth by blocking cancer cell proteins and preventing the formation of new blood vessels that would nourish the tumor.

A mutation of the PTEN gene has been associated with an increased risk of both thyroid and breast cancer. This information lit up a light bulb of awareness for me. I am the third generation of women in my family to have received a diagnosis of breast cancer, yet I test negative for the BRCA1 and BRCA2 genetic mutations that are so commonly associated with hereditary breast cancer. I have not yet had the testing for the PTEN mutation, but in light of my brother’s diagnosis combined with mine, it will certainly be a topic of conversation at my next physician’s appointment.

Awareness for me comes in the form of knowledge, not ribbons. That knowledge comes from research. And much of that research comes from the fundraising efforts of the American Cancer Society.

To learn more about ovarian, thyroid and other cancers, please visit HYPERLINK “http://www.cancer.org/”www.cancer.org where you will find an abundance of resources.

Please visit HYPERLINK “http://www.acsimaginationball.com/”www.acsimaginationball.com to learn more about the 2017 American Cancer Society Imagination Ball, an event whose efforts will contribute to cancer research. It will be held on an international day of awareness, World Cancer Day, February 4, 2017 at the Marco Island Marriott Beach Pavilion. For more information, please call your American Cancer Society at 239-642-8800.