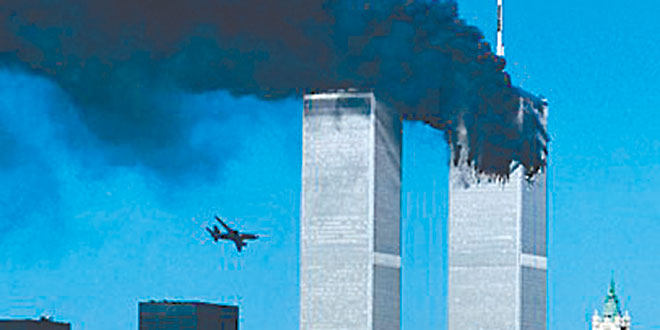 This article will be published on Fri., Sept. 5, 2014, exactly six days prior to the most infamous date in recent history of our great country. On Sept. 11, 2001, 19 terrorist militants associated with the Islamic extremist group al-Qaeda hijacked four airliners and cowardly killed more than 3,000 Americans in New York, Washington D.C. and Pennsylvania. On Sept. 11, 2012, Islamic terrorist militants, led by Ahmed Abu Khattala, attacked our Consulate in Benghazi, Libya, and assassinated our Ambassador J. Christopher Stevens and killed three brave Americans: Foreign Service Information Management Officer Sean Smith, and former US Navy SEALS Tyrone S. Woods and Glen Doherty. Ten others were also injured in the attacks.

On this Sept. 11, 2014, I am asking all my fellow citizens of this great country to fly their flags at full mast. This will be out of respect for all those who lost their lives to terrorism around the world. I have never been a believer of flying our flag at half-mast; for some reason, it reminds me of defeat, which is never acceptable to me under any and all conditions. It does not matter who tries it, how they try it or when they try it; they will not defeat America. I have the utmost trust and endless confidence that when the time comes patriotic Americans will rise up and defeat domestic and foreign terrorists once and for all.

On this Sept. 11, 2014, when you stand up to pledge your allegiance to the “flag of the United States of America, and to the Republic for which it stands, one Nation under God, indivisible, with liberty and justice for all,” please just don’t whisper it; shout it out loud. Do not be intimidated by anyone. Say the words clearly, loudly and with conviction from the bottom of your hearts.

Events of the last few weeks show us that the minute America loses her focus on world events the enemy advances, and this enemy is ruthless. This enemy is committed to converting the entire world to Islam or to kill them. This enemy proved over and over again that there is no boundary to their primitive viciousness. They have proven over and over again that human life means nothing to them; they will behead you in a moment with a dull knife as they recite religious verses; they will exhibit your severed head for all to see and threaten everyone who does not believe in the same god they believe in that “they are coming for them.”

We are in for very difficult times. We 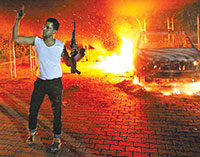 let dictator of Russia, Vladimir Putin, absorb an entire part of a country without any resistance at all. We are now letting him invade Ukraine, and no one seems to want to do anything other than issue idle threats of “sanctions.” We let vicious terrorists take hold in Iraq and establish an Islamic State. They now call themselves the Caliphate and control a large area with oil fields, dams and cash laden banks. They took over sophisticated equipment we supplied to the Iraqi Army; they stole fighter jets from the Syrian Air Force; and they are on the march.

They are destroying churches, homes and schools, maiming, raping, and killing anyone who does not share their religious beliefs. And America and the rest of the Western world is just standing by and watching all this happen.

As a human being; as an American, as a patriot, I was appalled to watch the video of the James Foley beheading. I watched it over and over again to make sure the image burns in my memory, that I will never forget it, and that my anger never dies. To think that the worthless human debris of a man with a knife in his hand and speaking with a distinct South London accent was born and raised in England but never learned a thing about civilization, nothing about humanity or just what it means to be a man. It was easy to behead a helpless man, whose hands and feet were tied, sitting there on his knees waiting to die. This is the way cowards kill. This is the way the cowards feel superior. This is the coward’s way.

I hope the message is finally getting through to all my fellow Americans that this will not stop on its own. These barbarians will not stop at any artificially drawn borders. They will continue to grow, multiply, kill, maim, plunder and soon begin to attack us right here in America. The day is not too far away unless we take action now. Having “no strategy” to fight the Islamic State (Caliphate) at this point in time is as anti-American and delusional as it will get. Our leaders are derelict in their duties to serve and to protect us, and in some cases, they must be considered downright treasonous in their non-actions.

Remember on this Sept. 11 to fly your flags at full-mast and shout as loud as you can the pledge of your allegiance to the “flag of the United States of America, and to the Republic for which it stands, one Nation under God, indivisible, with liberty and justice for all.”