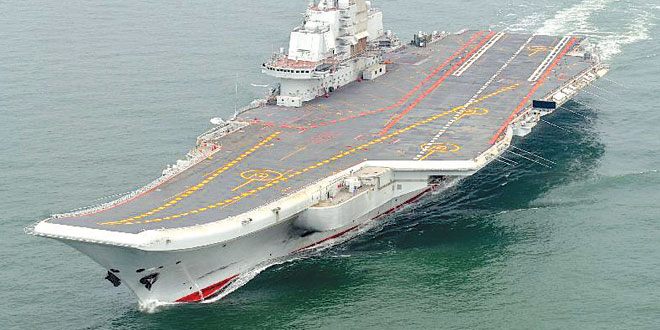 The Wall Street Journal reported from the Yokota Air Base in Japan that the highest ranking U.S. Military commander in Japan, Lt. Gen. Sam Angelella, expressed his concern about Tokyo’s intensifying territorial dispute with China, calling it a “very bad situation” and blamed the Chinese navy for what he termed “a provocative act that can become dangerous.”

“The Senkaku/Diaoyu Island territorial dispute is the greatest crisis in Japan-China relations in 60 years,” reported Stephen Harner in Forbes magazine.

The readers may already know that in the last few issues of the Coastal Breeze, I have been focused on troublesome regions of the Middle East and North Africa (Mali). However, I am also closely watching another dangerous area which is not as well known to my readers; the ever escalating dispute between Japan and China over the sovereign ownership of a cluster of eight small, uninhabitable islands in the East China Sea, annexed in 1985 and finally nationalized in 1985 by Japan; known as the Diaoyu Islands and referred to as the Senkakus in Japan.

Some experts on the disputed area openly profess their worry that the situation may lead to a potentially dangerous all-out war which may include the United States. In addition to our concerns about the ever-growing danger of Al-Qaida franchises in the Middle East and North Africa, the seemingly irresolvable situation in Syria, Iran’s pursuit of nuclear weapons, Israel’s very serious security concerns, and of course, the recent nuclear tests conducted by the rogue government of North Korea, we now have to focus and worry about this dispute between Japan and China.

First, a little geography and history lesson. The Senkaku/Diaoyu islands are located roughly due east of Mainland China, northeast of Taiwan, west of Okinawa Island, where the U.S. has a very large military base, and north of the southwestern end of the Ryukyu Islands belonging to Japan. After it was discovered, in 1968, that oil reserves might be found under the sea near the islands, Japan’s sovereignty over them has been disputed by the People’s Republic of China (PRC) and the Republic of China (ROC, commonly known as Taiwan), following the transfer of administration from the United States to Japan in 1971. The Chinese claim the discovery and control of the islands from the 14th century. Japan controlled the islands from 1895, until its surrender at the end of World War II. The United States administered them as part of the United States Civil Administration of the Ryukyu Islands from 1945 until 1972, when the islands reverted to Japanese control under the Okinawa Reversion Treaty between the United States and Japan.

In September of 2012 Japan unilaterally nationalized the islands. United States’ acquiescence and maybe encouragement of this decision to nationalize the disputed islands by Japan created a direct challenge to China’s claim of sovereignty. Some international experts actually claim that United States enabled this crisis for unknown reasons. Some actually go further and call it a “massive” foreign policy failure.

The entire episode puts the US in a difficult position. While trying to disengage from two wars, looking at massive defense cuts, the U.S. is in no position to enter a new theater of war. Australians are worried because their defense agreements with Japan may also force them into this dispute in a way they would not want to, since they have huge economic interests and trade with China.

Further adding fuel to the fire, Japan last week accused the Chinese navy of twice locking weapons-guiding radar against a naval ship and a helicopter. This is a highly unusual act in peacetime as such action usually precedes actual firing of missiles! Lt. General Angelella, while trying not to endorse Japan’s accusations, said “I think it’s very possible the incident did happen. If it was as reported and substantiated, it was very dangerous and uncalled for. And it should stop.”

This most serious dispute between China and Japan, while rather remote and insignificant to most of my fellow Marco Islanders, is just another one of those dots I have been trying to connect. The United States does have a valid and long lasting treaty with Japan to defend her if attacked. We have a very significant military presence in Japan. Our Pacific fleet is also large and strong. However, China has recently started showing their clenched fists in the area by displaying aircraft carriers and modern destroyers and other naval vessels.

Our foreign policy seems complicated and at times non-directional and confused. We misread the Arab Spring; we let terrorists kill our Ambassador and former navy Seals in Benghazi; we are on the sidelines in Syria; we are nothing but “word merchants making idle threats” when it comes to Iran’s nuclear ambitions; we let North Korea test their nuclear weapons without any consequences; and we now seem totally rudderless in the Pacific during this important dispute between one of our most important allies in the world (Japan) and our single largest holder of our national debt (China). We seem to have put ourselves between a rock and a hard place with no solutions in sight!

I don’t know about our readers enjoying one of the best winters we have ever had on Marco Island (29 years for me); but I am getting more worried every passing day. Someone is going to have to connect the dots and take appropriate action.

Maybe I am too hopeful… But that is my nature…