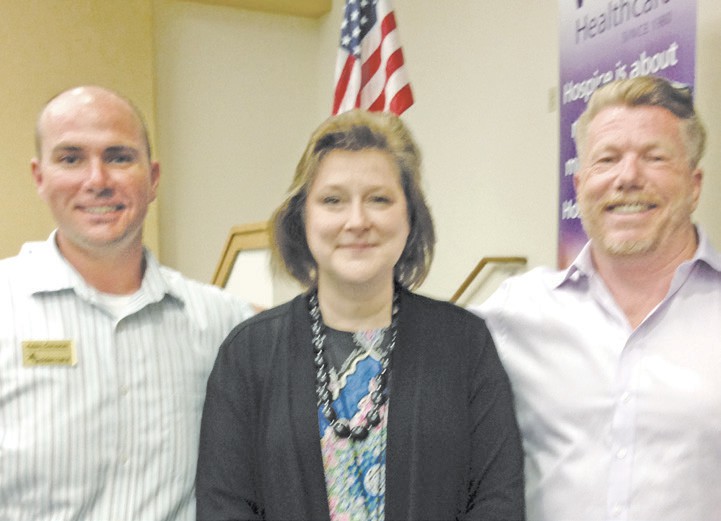 Make a plan now to avoid difficult decisions later was advice given by health and home care panelists recently at the first Senior Empowerment Series of 2017 at South Regional Library. Moderator Kenn Voegele, chair of the Leadership Coalition on Aging of Collier County spoke of his experience when first his father and then his mother developed dementia. His mother carried the caregiver load for his dad, but when she was diagnosed, Kenn became her caregiver. He found the couple had done little advanced planning so he had to reinvent the wheel as he went along.

Panelist Heidi Brown of Osterhout & McKinney, elder law attorneys, spoke about the importance of having a power of attorney, (POA) and a health care surrogate. She said parents often pick the oldest son to be their power of attorney and the eldest daughter or daughterin law to be the health care surrogate but selection might better be made on who would do the best job. The POA deals with legal and financial matters in most states but there are differences. In Florida, two witnesses must sign a POA so seasonal residents need to make sure their legal work will be honored in Florida. Brown said the POA should be someone you trust because once a form is legally signed and witnessed, the POA can immediately make decisions for you, good ones or can “rob you blind.” Brown stated there two ways to end a POA, by signing a revocation form or by filling out a new POA form.

When Voegele asked health care providers how many had seen people in bad situations because no one had made a decision or done any advanced planning, all hands went up. He said if a loved one is incompetent, he can be making bad decisions. Without these two forms in place the alternative is guardianship, which is time consuming and expensive.

Dr. Rebecca Smith representing Vitas Health Care also spoke about the importance of advanced directives saying medical personnel need to know whether to do CPR when a heart stops, to use a ventilator for pulmonary issues, or insert a feeding tube. She recommended using Five Wishes, to indicate one’s preference for specific situations. This form is available online (agingwithdignity.org) and was available at the Vitas table.

Dr. Smith described palliative care as symptom management and supportive care for people with chronic or life-threatening disease. Hospice care, a benefit of Medicare is generally considered to be for those with six months or less to live, but Voegele said people can “graduate” from it. When one has a progressive life-ending disease, the Do Not Resuscitate, (DNR) is another important form. It is available from doctor’s offices and in Florida must be on a yellow form with copies made on yellow paper. (This is at the request of doctors according to Brown.)

The POA, health care surrogate, and DNR form need to be in place with one’s doctor, hospital, and senior facility. When at home, the best place for the forms is on the front of your refrigerator so emergency personnel will see them, according to several panel members.

Adam Corcoran, business director of development for Golden Care, a home health agency said his mom is in her 50s but it’s not too early to have a conversation about her wishes as she ages and a plan in place. Be active, rather than reactive, make the calls, do your homework. Marie Ciocca from Juniper Village, an assisted living and memory care facility said most people bring loved ones there when there is a safety issue. They might do it in stages starting with respite care. The Arlington, a continuous care retirement center offers independent living, assisted living, and nursing care according to Jeanette Friend who said the facility offers a four-day respite program.

Corcoran, chair of the Senior Empowerment Series invited the 70 participants plus vendors to attend the next program July 26 when elder abuse and identity theft will be discussed. The third and last program will be on September 27, both at the South Regional Library on Lely Cultural Parkway.