Searching for a Searcher 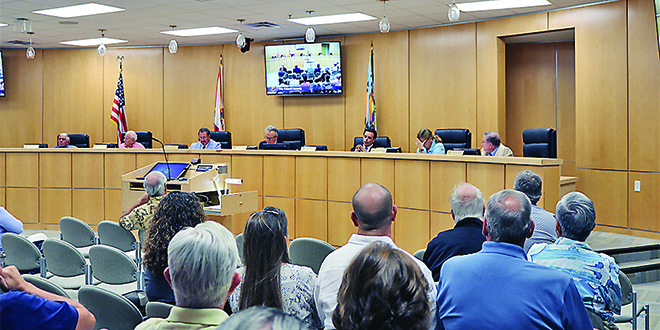 A RFP (Request for Proposal) has been sent out by the city to acquire the services of an executive search firm to begin the process of hiring a new city manager for the community. Former City Manager Roger Hernstadt tended his letter of resignation on February 6 to be effective on July 7, 2017, however council chose to accept his resignation effective at their meeting on February 6.

A Separation Agreement was reached with Hernstadt and approved by council at their March 7 meeting, which finalized the details of their relationship.

The 22-page RFP, which was sent out by the city, requires all proposals to be back in house by Friday, April 7 at 5 PM. The next scheduled council meeting where they would be able to take up those proposals would be on April 17.

At a previous meeting, Councilor Reed has expressed his interest in choosing a firm with Florida ties, as well as candidates that may have similar Florida experience.

As part of the contract, council is looking for a firm that may help them with the following:

With all of this in mind, council is looking to have a successful search and hiring process completed by the May 15th meeting of the council.

The last process wherein a search for a manager was completed took over six months and resulted in council seeing two of those search firms withdraw from the process. This proposed timeline leaves just 30 days to accomplish all the goals council has laid out.

This has left some in the community speculating whether a majority of council may already have a candidate in mind, and are prepared to move forward on this condensed time schedule. “I sincerely hope that this time schedule will give us the opportunity to search out the most qualified candidate for our community and not rush to judgment,” said Dianna Dohm, executive director of the Marco Island Chamber of Commerce.

Council will meet on Monday, March 20 in regular session beginning at 5:30 PM in council chambers.