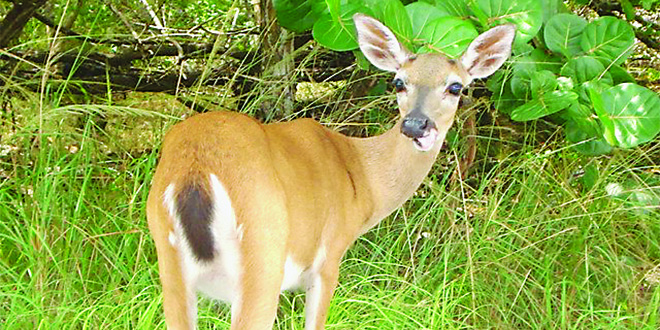 At this time, the infestation seems limited to Big Pine Key, No Name Key, and surrounding areas in the Lower Keys. Although not formally confirmed through testing, other Key deer and some pets have shown signs of screwworm. To date, no human or livestock cases have been reported in the area. One hundred thirty Key deer, an endangered species, have died from screwworm since August of this year. Eighty-three of the deer had to be euthanized.

This is the first local infestation in the United States over 30 years. Putnam states, “This foreign animal disease poses a grave threat to wildlife, livestock and domestic pets in Florida. Though rare, it can even infect humans. We’ve eradicated this from Florida before, and we’ll do it again.”

New World screwworms are fly larvae that can infest warm-blooded animals, including people. Typically, they will enter through an animal’s open wound and then feed on its flesh.

In the 1950s the USDA released infertile male flies in infested areas to eradicate screwworm. When the male flies mated with the females, they produced no offspring. Eventually, with fewer fertile mates in later generations, the fly bred itself out of existence. This technique has been used successfully in the U.S. and South America.

In addition to the release of sterile flies in the Keys, state and federal officials will conduct fly trapping (to determine the extent of infestation) and disease surveillance (to identify new cases). The goals are to stop the spread of screwworm infestation and eradicate screwworm flies from the Keys.

For more information, go to www.aphis.usda.gov or www.freshfromflorida.com.

Screwworms are the larvae of the screwworm fly, which lays eggs in the open wounds of animals. After hatching, larvae feeds on exposed tissue.

What Are Signs of Screwworm?

How Is Screwworm Treated?

Treatment involves killing and removing larvae and treating the wound with an effective and approved pesticide. Antibiotics may be given to treat secondary infection.