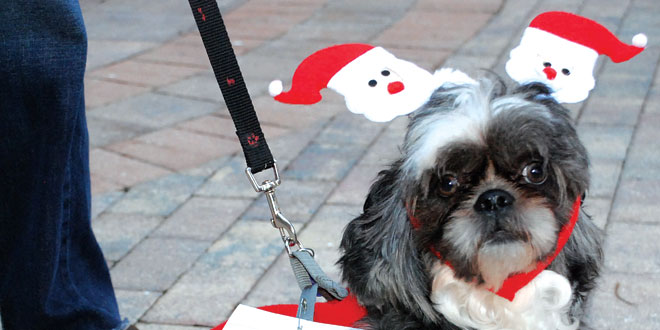 The dog biscuits flowed like wine at the 2013 Christmas Island Style Canine Christmas Parade. Some 75 pampered pooches pranced about dressed to the nines at CJ’s on the Bay in The Esplanade, all vying for the top spot in the parade.

The winner: Bali, a Golden Retriever/Labrador mix owned by Brenda Kennedy. Dressed as Santa Paws, Bali received the highest marks for a costume complete with a red velvet bag filled with doggie bags for the other lupine participates. Neil Snyder, Wanda Day and Nellie Adams judged the event. Christmas Island Style’s Wayne and Sue Purvis organized the event with the help of their doggie darlings, Zoey and Schotzie.