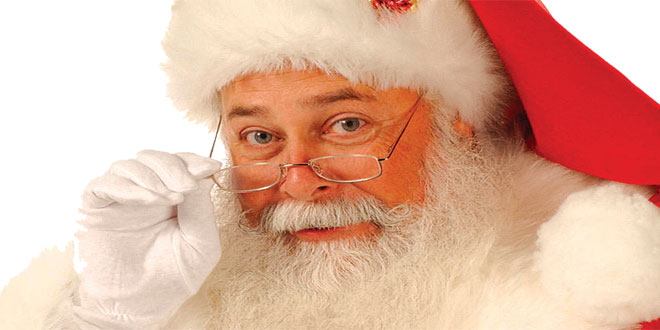 For more than a decade, Santa and his sleigh have been making a regular stop at the Marco Island YMCA in mid-December to make phone calls to local children. This year, he stopped by on Sunday, December 16, along with Rudolph and a few of his elves. Children were delighted to hear from Santa and were surprised to learn that Santa really did know if they had been bad or good.

With Rudolph’s bells jingling in the background, Santa’s “North Pole Operators” called up kids to put them in touch with Santa. Coastal Breeze News was invited to listen in as Santa made a few calls.

Talia, age three, asked Santa for a bike for Christmas, but she hadn’t been feeling well. “I understand you’ve been a little sick? Do you know how to get better?” Santa asked. “If you eat all of your food, it will make you feel much better. It’s so important for you to eat all your food so you can be strong and healthy to play with the bike I’m bringing you.”

To her parents’ delight, Talia promised to eat all of her food. They then discussed Talia’s pet birds, Wrigley and Jasmine. “I saw you playing with them a few days ago,” said Santa. “And with Gizmo the cat too. But you have to be very gentle and nice to Gizmo, OK?” Talia agreed and said goodbye to Santa, rushing to tell her parents what he said before she even hung up the phone. 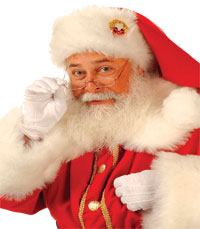 on Santa’s phone list was Robbie, also three years old. Robbie greeted the man in red with an excited yet polite, “Hi Santa! How are you doing today?” Santa explained that he was very jolly, but would like to see Robbie get to school on time. He had seen that Robbie was very picky about what he wore to school and asked, “When Nana picks out your clothes for you, I want you to put them on right away, OK?”

Robbie quickly agreed and offered to provide Santa with some “juicy” instead of milk on Christmas Eve.

“Ho, ho, ho!” Exclaimed Santa as he called and asked for Quinn, 5 and Sloan, 2. Santa spoke to the brother and sister about Harry the Elf on the Shelf at their house. “I get a text from him every night letting me know how you’re doing,” stated Santa. “Since you’ve been a good boy, Quinn, I hear you want Lego’s so I will be sure to bring some.” And for Sloan, princess dress-up clothes were promised.

“Do you hear those bells?” Asked Santa. “That’s Rudolph, he just came in and is nudging my shoulder with his leash in his mouth. I’m going to have to go and take him for a walk, but Merry Christmas to you and your family!”

With that, Santa and his helpers flew off with Rudolph onto the next town to make more phone calls. His mission was clear: at the end of each phone call, Santa shamelessly asked for chocolate chip cookies to be set out for him on Christmas Eve. And as each child agreed, the deal was sealed. Children of Marco awoke on Christmas morning to find presents under their trees and an empty plate of cookies.