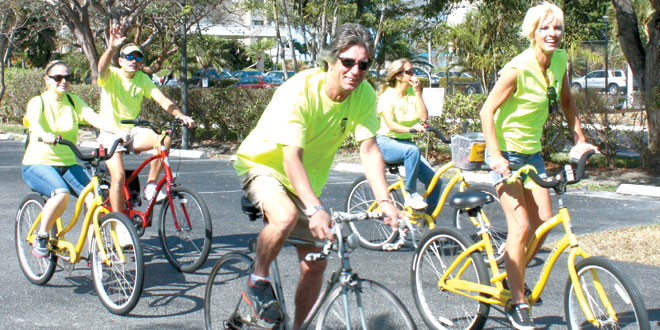 “Sam is a nine-year old boy who goes to school, loves to play with his friends, rides his scooter, plays baseball, is into Legos and is a master WII gamer. He also is fighting for his life everyday against a vicious beast in his body; Neuroblastoma cancer. It’s a cancer that isn’t genetic, isn’t self prevented, and has no boundaries. It’s very rare and is known as the great masquerader. It usually presents itself as common childhood symptoms and by the time it is diagnosed it spreads throughout the body and is extremely hard to cure. It did just this in 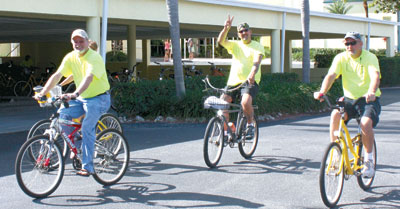 According to ironmansam.org, Sam’s battle with cancer began in preschool at the age of four. His cancer currently remains stable, but not without heavy doses of medication and some difficult side effects.

Sam’s grandmother, Jackie Fleming, works at the Sandbar on Marco Island. For the past three years, the Sandbar has held its Tour de Taverns bicycle poker ride to help sick children. In its fourth year, the Sandbar chose to donate the proceeds to Sam. On December 1, nearly 200 participants paid $25 and utilized bicycles provided free of charge by Island Bike Shop to pedal to seven different local establishments all in the name of Iron Man Sam. 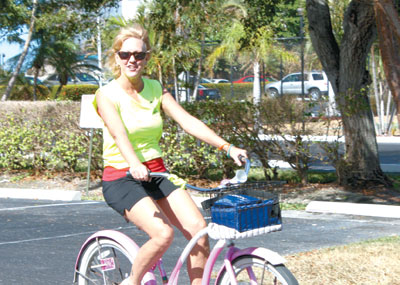 Some brought their own bikes like thisbright pink one while others took advantageof free rentals from Island Bike Shop.

ride began at the Sandbar at 10:00 AM. Bikers then traveled to The Crazy Flamingo, Sunset Grille, Rookies, CJ’s on the Bay, Snook Inn, Porky’s and finally back to the Sandbar. Along the way, each rider received a card, collecting seven in total. Raffle tickets were sold at every establishment and each restaurant involved personally donated $250 towards Sam’s fight. Ray Fortune, owner of the Sandbar donated an extra $1,000.

While everyone had a great time, the man of the hour was not able to attend. As his website explains, “His ‘normal’ routine consists of getting unhooked from the IV and taking up to 20 pills a day. 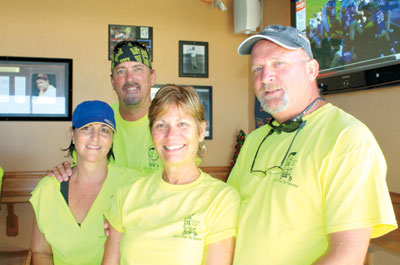 He gets two to three weeks of school, baseball, swimming and playing with friends before having to fly to New York for one to two weeks of treatments and scans.”

Throughout his treatment, Sam has kept a positive attitude and has been a true fighter. His family and friends here on Marco Island were able to raise $8,450 through the Tour de Taverns and through private donations and t-shirt sales since the event explained Sandbar manager, Capri Sickler. “All the hard work that is put into this event really pays off in the end when we are able to present this huge check to Sam and his family!”