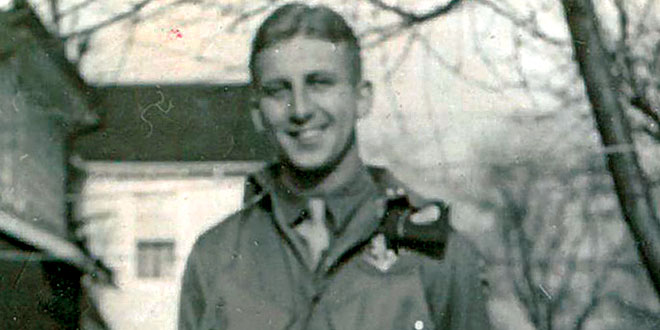 Coastal Breeze News would like to salute veteran Ken Johnson. Ken served in the Screaming Eagles, 101st Airborne, Company H, 3rd Battalion, 506th Parachute Infantry Regiment from its inception in September 1942 to the end of World War II in 1945. He reported to Camp Toccoa, Georgia, and was one of the 2,100 trainees, out of 7,000 who had entered the program, to qualify as a paratrooper.

Ken was wounded in action on June 6, 1944, in Normandy and on Jan. 5, 1945, in Bastogne. He participated in the invasion of Normandy on D-Day, jumping in the night before on June 5, the invasion of Holland, and the siege of Bastogne in The Battle of the Bulge. Ken received three Battle Stars from each campaign. His military awards include: Combat Infantry Badge, Good Conduct Medal, Presidential Unit Citation with Oak Leaf Cluster [Normandy and Bastogne-the only division to receive it twice], Bronze Star, Victory Medal, European-African-Middle Eastern Campaign Medal, three Bronze Service Stars, one Bronze Service Arrowhead, Orange Lanyard of the Royal Netherlands Army, French Croix de Guerre with Palm, Belgian Fourrage, and most importantly, the Purple Heart with Oak Leaf Cluster [Normandy and Bastogne].

Most recently Ken received the French Legion of Honor 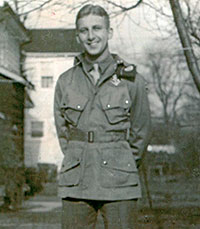 Sadly, as it is said, “This Eagle has soared.” Ken passed this summer.

Ken spent many happy days visiting his daughter Diane and her husband in Naples. He loved going to Happy Hours and dinners at their Forest Glen clubhouse and meeting all their friends,

While wintering in Naples two years ago, Ken fell and broke his leg. Subsequently, he had surgery at Physicians Regional Hospital, and spent six weeks at Manor Care Rehabilitation in Lakewood, where he made many friends, particularly the Colonel from Marco Island. He always demonstrated a positive attitude and enjoyed everyone he met while there. A smile and a laugh were his trademarks.

Mr. Johnson will be missed, and sadly, we will not see his likes again.