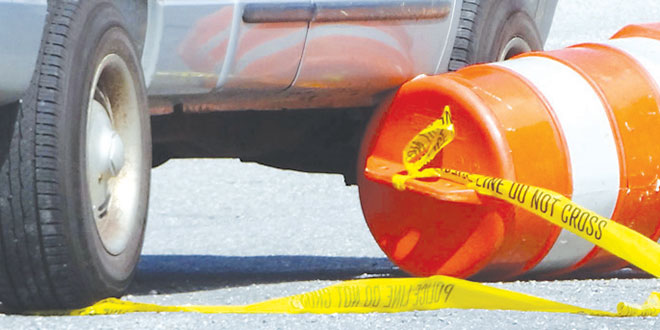 Summer driving is so dangerous that the automotive safety industry labels the time period from Memorial Day to Labor Day the “100 Deadliest Days.”

Although Marco’s crash statistics drop in summer months, along with its population, there are still hazards that are unique to summer.

Chief of Police for the Marco Island Police Department Al Schettino tells us that it is reasonable to expect more young drivers on the roadways during the summer. Teen drivers, in particular, pose an increased risk to themselves and others on the road.

“The lack of experience puts teen drivers at a disadvantage; they tend not to recognize dangerous conditions or hazards until it is too late. National statistics indicate that teen drivers are more likely to exceed the posted speed limits, follow too closely, and sadly, not use seat belts. When reviewing blood alcohol levels in crash events, teens tend to have a higher BAC [blood alcohol content] level compared to their adult contemporaries.”

The AAA Foundation for Traffic Safety reports that teen crash rates are higher than any other age group. “Based on AAA analysis of the government’s Fatality Analysis Reporting System (FARS), in 2013, an average of 220 teen drivers and passengers died in traffic crashes during each of the summer months, a 43 percent increase compared to the rest of the year.” Teen Drivers Put Everyone at Risk, AAA NewsRoom, May 27, 2015. Tools to help parents prepare for the “100 Deadliest Days” of summer driving can be found on the website TeenDriving.AAA.com.

The intense, and often unpredictable, South Florida weather itself poses special risks. “Heat causes vehicles to have tire blowouts or other mechanical issues. The summer brings our usual rains and thunderstorms. Driving in the rain is a unique hazard unto itself, requiring the driver to slow down and pay attention,” Chief Schettino says.

Alcohol also plays a factor in summer crashes. Marco Island Police Department Staff Captain Dave Baer reports that in the past 12 months on Marco Island, 12 of the 441 vehicle crashes involved impaired driving. Currently, the Marco Island Police Department averages approximately three impaired driving arrests per month. Although these numbers reflect an increase over the past few years, overall they show a decrease from a decade ago, Captain Baer notes. He points us to the national statistics, which are astounding.

So what can Marco Islanders do to keep safe on the road this summer? Chief Schettino makes the following suggestions:

In addition, the National Highway Traffic Safety Administration (NHTSA) recommends regular maintenance on your vehicle, always using your seat belt, and protecting child passengers with the use of properly installed child seats. NHTSA Consumer Advisory 26-15, May 22, 2015.

A final note on summer driving, Chief Schettino reminds us that the island “always has visitors – it is wise to keep an eye on drivers who may not be sure of their surroundings.”