Run, Brother, Run: A Memoir of a Murder in My Family 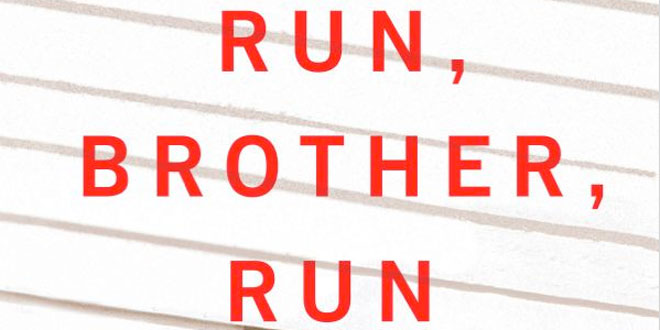 I am very fond of the genre Real Crime, but I believe “Run, Brother, Run” is the first of such that I have addressed in Book Remarks. For the past month or so I have been working on reading the nominees for the Man Booker Prize, due to be announced on October 15. (I predict “Harvest” by Jim Crace takes the prize.) However, after I read that “Guardian US” readers had picked “Run, Brother, Run” as their favorite Summer 2013 read, my interest was piqued and I had to take a look. I was hooked.

David Berg believes his brother Alan was killed by hit man Charles Harrelson, father of actor Woody Harrelson, near Houston, Texas in 1968. Harrelson was paid $1,500.00 to kill the 31-year-old carpet sales executive, husband, father of two with a third on the way. Though acquitted of the Alan Berg murder in 1970, Harrelson was later found guilty of the murder of Judge John Wood in San Antonio and died in prison of natural causes at age 69. “Run, Brother, Run” is David Berg’s account of how it happened that his brother was murdered and that the murderer was acquitted.

As an extremely successful trial attorney, David Berg has superb verbal skills and is highly persuasive. Happily for his readers, he writes as well as he speaks. This book, as indicated by the subtitle, “A Memoir of a Murder in My Family,” is all about family and its transformation by murder. Why, after 40 years, did he decide to write about his brother’s murder? “My children knew nothing of their uncle, and some of my friends were unaware that I ever 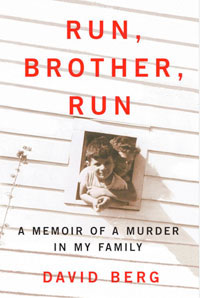 had a brother, never mind that he was murdered. It wasn’t that he didn’t matter; I was closer to Alan than I’ve been to anyone. I just couldn’t remember why. A violent death can do that: saturate your most vivid memories of the victim’s life, like blood staining dirt on a deserted road.”

Berg succeeds in bringing his brother to life in this book, with his flaws as well as his admirable qualities. Indeed, he spares nothing in the description of his tumultuous family history. Four-year-old David and 10-year-old Alan were separated by their parents’ divorce in 1946. It was a hard life for the Bergs when the parents were together, but after the divorce, things got much worse for David and little sister Linda who stayed in Little Rock while Alan moved to Houston with their father Nathan. Things did not go well for Alan in Houston, either. Ultimately, the two brothers went very different ways – David to a life of law and Alan to business ownership with one foot still in the shady gambling life.

“Run, Brother, Run” reads like a legal thriller, mystery and family drama all in one. Berg does a brilliant job of explaining the legal proceedings involved in Charles Harrelson’s trials, and at the end of the book offers new evidence to support his position that Harrelson did indeed murder Alan Berg. Lack of conviction, he believes, was due to the milieu of Houston at that time period, and sloppiness in the legal system.

This book is relatively short, only 254 pages, yet manages to be poignant and very funny while still conveying the emotional damage done to a victim’s family by not only the crime and subsequent loss itself, but by a legal system that dysfunctions. A very worthwhile read.