I’m heading back to Washington, DC again to share a monument that is understated and yet one of the most powerful based on its content. Located in the Tidal Basin and surrounded by cherry trees is the Franklin Delano Roosevelt monument on sprawling acres that weave through strategically placed blocks of pink granite. The quotes and statuary can stop you in your tracks with their insight and evidence of a very challenging period in our history.

FDR was raised in an upper-class family with many advantages and was very interested in politics. He had been the Democratic candidate for vice president in 1920. While on vacation with his parents in 1921, he was stricken with polio and the sports enthusiast, personalityplus politician was suddenly a bedridden invalid and was never able to walk again.

This medical punch would

have flattened most people, but it made FDR more determined than ever and his positivity and sense of humor radiated to those around him. He once said that he had “renewed his youth” by “what was fortunately called a rather mild case of infantile paralysis.”

While he recuperated, he wrote hundreds of letters to politicians and used his time to ponder ways to improve things in the country. In 1928, he was elected governor of New York. In 1932, after demonstrating his success as governor, he was nominated to head the Democratic ticket for president. The nation was impressed with his courage in his personal life and in politics and he was elected and took office on March 4, 1933.

President Roosevelt, unlike Herbert Hoover before him, had a cheerful confidence, loved people and had a positive, reassuring 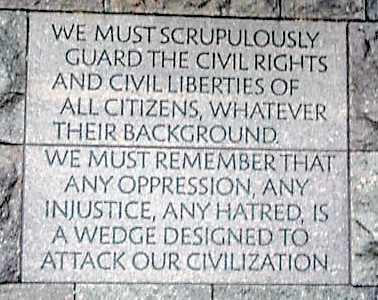 use of words when he proposed a “New Deal” to carry the country out of the Depression. Millions of people were out of work, the stock market crashed, banks were on the verge of collapse, factories were closed and people were starving. His fireside chats brought confidence and trust to the people who were in such misery.

Many bills and laws were passed to stimulate the economy, some effective and some were not. Unemployment decreased, but not to the extent that was necessary to restart the economy. But, Americans realized that they had the courage to surmount challenges brought by the Depression. This confidence would greatly benefit them as they faced more internal strife, as well as the outside threats of war.

Internal challenges continued to threaten the productivity of the country. The dust storms in the 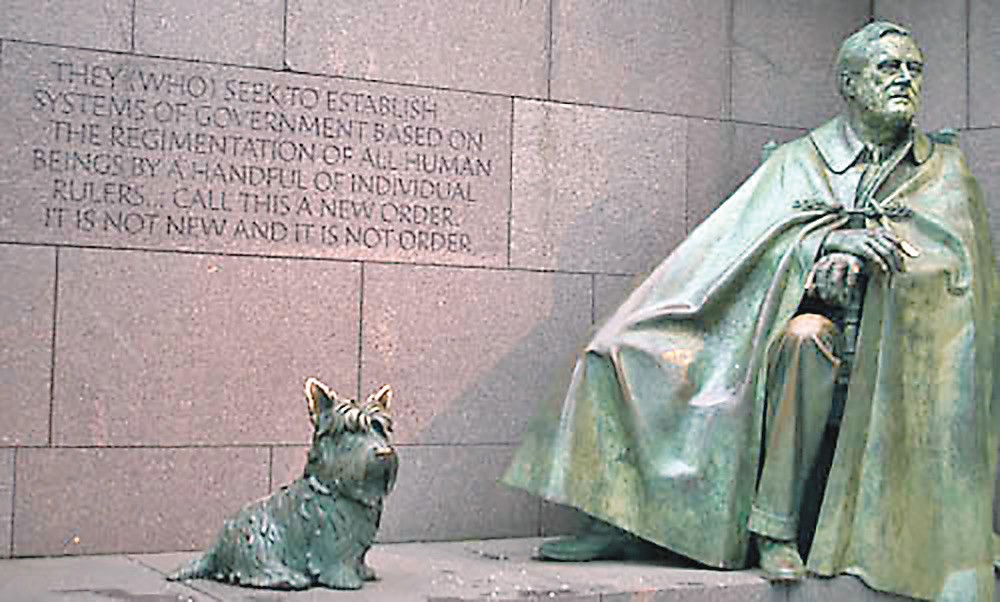 1930s affected 19 states in the nation’s center, the migration of over 500,000 people who went West to find better land and working conditions, the denied voting rights of all black Ameri- cans, continual discrimination of women even after the passage of the Nineteenth Amendment ensuring their right to vote and labor relations across the country were heady problems to solve.

Global issues added more obstacles as Franklin D. Roosevelt took the oath of office in March 1933. Hitler was dictator, and along with other leaders (Stalin in Russia, Mussolini in Italy, Franco in Spain and later, Hideki Tojo in Japan) who hated democracy, equality and modern civilization, intended to destroy each one. In 1940, Roosevelt won his third term as president, but the worst was to come.

While Japanese diplomats were falsely meeting at the White House 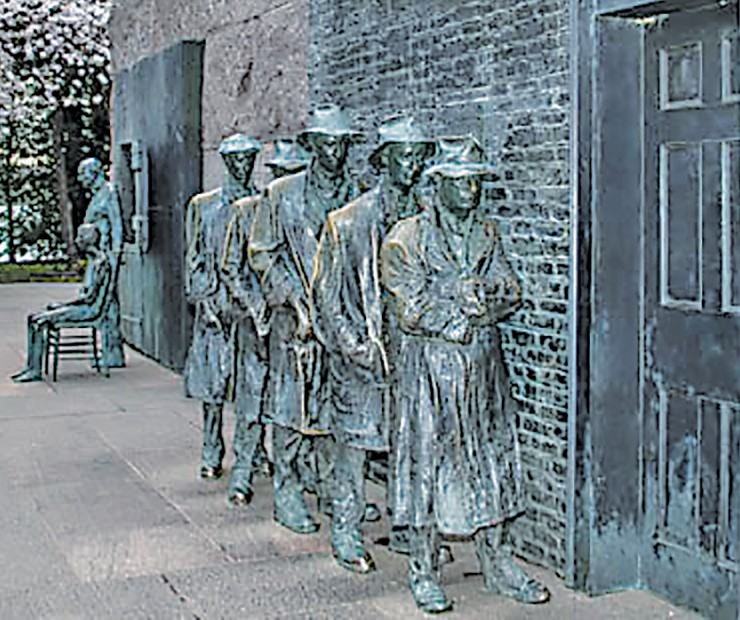 to discuss peace, 191 Japanese warplanes attacked the ships and airplanes at Pearl Harbor and the Day of Infamy propelled us into World War II. Germany and Italy joined Japan three days later by declaring war on the U.S.

As I read President Roosevelt’s quotes throughout the monument, it struck me how much of his introspection was reflected there. He was in touch with the people and led the nation through some remarkably troubled times. Over time we discover the true greatness, imagination and courage of our leaders. Roosevelt’s monument captures that greatness and is one that is profoundly meaningful.