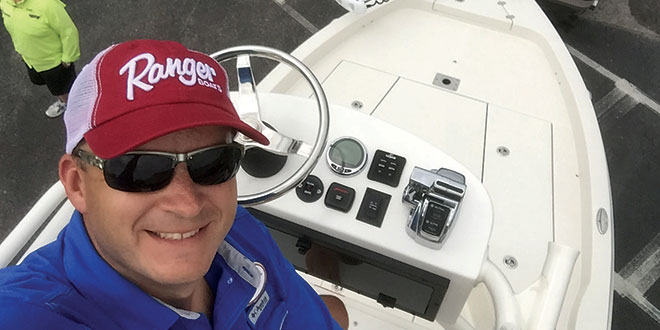 Originally named the Marco River Marina in 1969, this once small store with just a wooden T-shaped dock, has now blossomed to become the rose of Marco Island; the Rose Marina, to be exact. Located at 951 Bald Eagle Drive, the marina with three acres of waterfront property continues to grow and expand in ways that its namesake, Marco Island’s beloved Renaissance man, Bill Rose, may have never imagined.

Major changes and growth continue at Rose Marina. The current reconstruction and expansion of the marina began in October 2015. Completion is expected by September 28, 2016.

The marina’s main construction contractor is a Southwest Florida company based in Fort Myers, and many local sub-contractors are being used. For example, Glass of Marco is the contractor providing all of the glass necessary in the construction.

While planning the project, this rose did encounter a few thorns along the way. General Manager Dan High explained, “We had to go through the Planning Board and City Council to receive conditional use approval for our plans. It was passed unanimously by the Planning Board as the marina is actually part of the Marco Island Master Plan, making it a focal point of the community. When it got to the City Council things became political and more challenging.” Eventually, the plans were approved and construction began.

Photo By Maureen Chodaba Construction in progress at Rose Marina.

parking lot much safer for those visiting this section of the waterfront.”

The improvements for boat storage at the marina will benefit many local boat owners. Prior to demolition Rose Marina had 60 customers inside the building. The construction will allow the marina to store 142 boats inside a new state of the art hurricane-rated concrete boathouse. Further, the new boathouse will be able to accommodate vessels larger than 43 feet.

The time needed to retrieve a stored boat for use depends on the size (the largest boats take more time), but most often only one-hour notice will be all that is needed.

Dan further explained how boat owners could benefit from Rose Marina’s Hurricane Club. Many insurance companies require larger vessels be moved north of Charleston, South Carolina during hurricane season. The fuel costs and other expenses may exceed $30,000, and the vessel will still run the risk of storm exposure. The Hurricane Club guarantees members indoor storage space in the event of a hurricane or named storm. Members can have their boat safely moved from the water by the 75-ton Travelift into the concrete boathouse, secured with blocks and stands, and locked behind concrete fortress doors. Most insurance companies will offer a reduced premium for boats enrolled in this program.

Finally, many locals are curious about changes to the popular Ship’s Store at the marina. According to High, it is currently the island’s largest store, carrying a stock of over $500,000 in clothing and accessories. The store will receive both interior and exterior face-lifts, but plans are to remain the same in size and stock of apparel, at least for now.