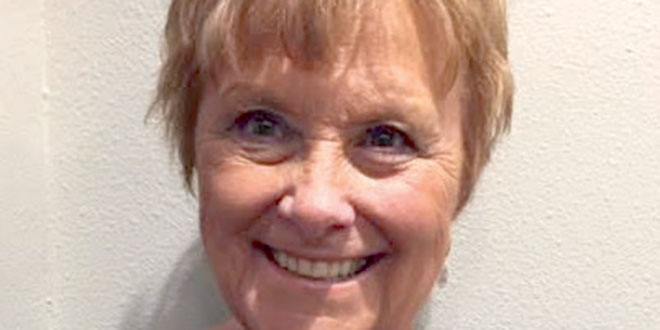 My mother is a cancer survivor. Twenty-seven years ago she was diagnosed with an aggressive form of breast cancer. Stage 3. The doctor ordered chemo and radiation. In addition, my mother made the decision to have a lumpectomy rather than a mastectomy, and it worked. She was cured. Which is not to say she didn’t experience the side effects of her experience. The chemotherapy treatment ended early because of the devastating effect it had on her body. There was permanent damage to the tissue in her neck and shoulder from the radiation. But she would tell you she is lucky. And I would agree. But I believe her luck has more to do with attitude than serendipity, because my mother sees life through a pair of well worn, permanently affixed, Rose-Colored Glasses.

Mom always sees the cup half full. There is always light at the end of the tunnel. If today brings challenges, then tomorrow will be a better day. And when life gives her lemons, she not only makes lemonade, she will bake up a batch of lemon drop cookies as well.

For much of my life, I found this attitude annoying. I could always come up with a well-imagined slight worthy of a party of self-pity. I never had to look too far to find something to complain about. How does she always see the bright side? Then one day it dawned on me that I might be aging into a version of my mother.

The first changes I noticed were physical characteristics that we used to poke fun at. Things like her inability to read a menu in a dimly lit restaurant. Or the way her upper arm skin fanned independently when she would lift her hand to wave. My mother experienced arthritis in her knees at a young age, and eventually had the joints replaced in both. This, I can tell you, is not funny, but I was convinced it was a malady that I would never be inconvenienced with.

I was still snickering about her far-sightedness when I began struggling to read a book in soft lamplight. I experienced the challenge of knee replacement at the age of 50. And the skin of my upper arms waves softly to and fro like pillows of cotton on a summer breeze. But it wasn’t until recently that I began to view the world from a more rose-hued perspective.

When my husband and I made the decision to move to Florida the news was received with some protest. Our grown children questioned our judgment. But even though we had lived in the same town as my parents for more than 30 years, my mother did not judge. She didn’t pout or criticize. Instead, she offered encouragement. She 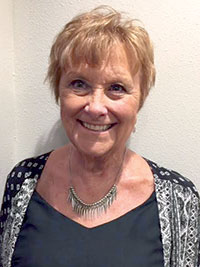 My mom. A breast cancer survivor and purveyor of positivity. PHOTO BY LAURIE KASPERBAUER

defended us against nay-sayers, and she blessed us with her full support. I know it wasn’t easy for her to accept, but she was careful not to show it.

Shortly after we moved my dad became ill. Nearly overnight, my mom became his full-time caregiver. She made all the financial and health decisions for them both. It became her responsibility alone to maintain their life-long home, the lawn, their vehicle, and to a degree, their marriage. As dad’s health deteriorated she was forced to put him in a nursing home, and in a matter of months my mom lost a sister to Alzheimer’s disease and her husband of 57 years. There is no doubt in my mind that during those difficult years my mother felt her rose-colored glasses slip down the bridge of her nose, where she peered over their rims and saw nothing but lonely darkness.

But time is a healer, and my mother is a survivor. Through acceptance and adjustment she slowly shaped a new life. She embraced her relationships with family and friends. She accepted nearly every invitation that was offered to her. And she made playing bridge her new career. Her routine became a full calendar of family and friends who gather for coffee, card games and commentary.

Then, early this summer she began to tire more easily. She felt feverish, and pain flowed beneath her skin. In an uncharacteristic move she called a friend to take her to the doctor. From there she was admitted to the hospital with a deadly combination of pneumonia, E. coli and sepsis. It took 12 days to recover enough to go home. And now, 4 months later, she is slowly regaining her strength and her appetite. She says she was lucky, and I would agree. But how far does luck carry us? And to what extent do we have control over our own “luck?”

Winston Churchill said, “Attitude is a little thing that makes a big difference.” I have found through yoga practice that I pay more attention to my attitude. I am learning that I have a choice about what thoughts I allow to occupy my mind. I have found there is less to complain about when I stop trying to conform everything to my own point of view. In the footsteps of my mother, I remind myself to look for the good in others and the “bright side” of situations, and in doing so, I generally see what’s good and what’s bright.

Yoga offers each of us an alternative. We have all been fitted with a pair of rose-colored glasses. The “lucky” ones are those who make the decision to wear them.