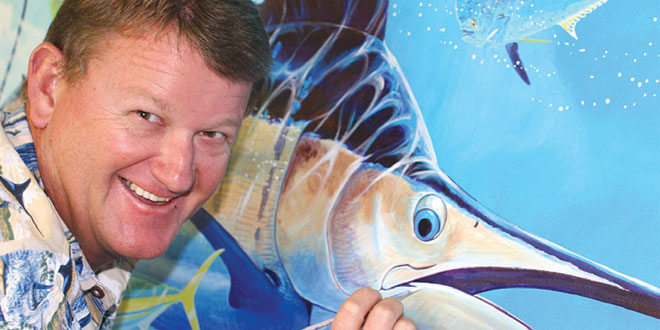 “Scientists from around the world have come to Rookery Bay to study the batfish. They are a relatively little known species worldwide,” explains Renee Wilson of Rookery Bay National Estuarine Research Reserve. A bottom feeding fish with fins that help it “walk” across the sea floor, it uses an “esca” or fake lure attached to its forehead (think “Finding Nemo”) to lure fish for food. Chosen for its rather rare worldwide status, but found frequently in the waters of the Reserve, the batfish is the mascot of the Friends of Rookery Bay’s annual fundraiser.

The Fourth Annual Batfish Bash for the Bay will take place on March 16th, from 6:30 until 10 PM at Rookery Bay National Estuarine Research Reserve, 300 Tower Road in Naples. Honorary Chairman of the Bash is internationally known artist Guy Harvey who will be giving a presentation at the event.

Not only will Guy be at the Bash, but he will also be donating one of his giclee prints as a part of the live auction that will take place during the evening. Guy’s good friend, Wayne Hasson, owner of The Aggressor Fleet, will be donating a five-night stay on one of his luxury yachts for a scuba diving experience of a lifetime. Other vacations, hotel stays and assorted gift baskets will also be auctioned.

The live auction, as well as the planned silent auction, will raise money 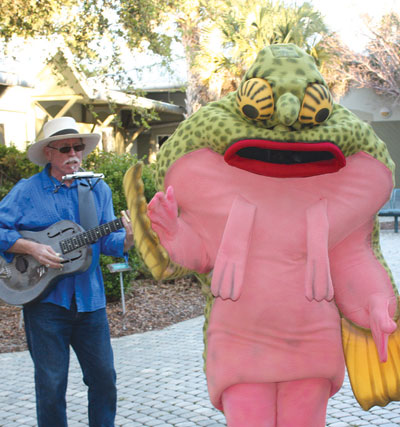 As most fundraising “galas” with live and silent auctions require black tie and offer fancy five course meals that still leave one starving, guests at the Batfish Bash will be relieved to know that this is not that type of occasion. “Unlike most parties in Naples it’s really casual. You can wear jeans or shorts. It’s outside and it’s really laid back and a lot of fun,” explains Bruce Robertson, President of the Friends of Rookery Bay.

“The Batfish Bash raises about half of what the Friends of Rookery Bay, as a non-profit, raises for the Reserve. We usually raise about $60,000 at the Batfish Bash,” adds Robertson. That kind of money will certainly get the Rookery closer to purchasing the support vessel needed, among many other important roles RBNERR plays in preserving Southwest Florida’s estuaries.

Musical entertainment will be provided by J. Robert and the Raiford Starke Band. The food will have an unusual flavor and flare, provided by Russell’s Clambakes. “It’s authentic old Florida food,” adds Wilson.