The first full time minister in Southwest Florida was George W. Gatewood. Before Reverend Gatewood, at age 24, came to scout out the area in 1886, there had been traveling Protestant preachers who held periodic revivals as well as Roman Catholic priests, from Key West, who came to the Chokoloskee area to attend to the spiritual needs of the Santini family and other Catholics; but none of them actually resided here. In the late 1800s, Key West was the principal city of the area and a number of the Conchs were Methodists. “Conchs” being the name given to transplanted white Bahamians who had moved to the Keys, many of them were descendents of British royalists who had escaped to the Bahamas after the Revolutionary War. Rev. Gatewood was a Methodist minister and was based out of what is currently Everglades City. He traveled the Ten Thousand Islands area (Marco Island, Fakahatchee Island, Halfway Creek, and Chokoloskee) for four years as a “circuit preacher.” In 1892, at age 30 he married his wife, Minnie Clark of Leesburg Florida, who was 16 at the time. The couple would document their adventures in the Everglades– Minnie by keeping a diary and George, years later, by writing two books about his days in Southwest Florida, one published in 1939, and the other in 1944.

George Gatewood built a church along the then Allen River (now the Barron River) in the town of Everglade (the name later changed to add the current “s”) and organized, as Rev. Gatewood would call it: “a little group of Methodists,” who became the core of a larger congregation which included Seminole Indians. 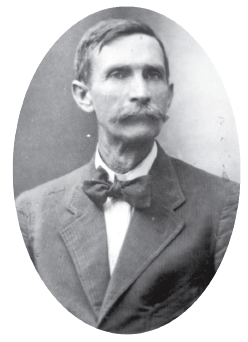 The Seminoles were in town to deal at G.W. Storter’s store near the current Rod and Gun Club. George Storter was a key member of Gatewood’s church. Gatewood reported that the Seminoles insisted on first selling their hides and furs and receiving their cash before they, in turn, purchased any supplies. The seating at the church during service was no problem, as the Indians refused to sit on the benches and would sit cross-legged on the floor.

Transportation at the time was solely by sailboat as there were no roads in Southwest Florida. Many of his reminiscences had to do with bad weather, boating accidents and delays in travel. He reported that his 1893 trip to the Florida Methodist Conference in Palatka, Florida, took eight days of travel time. Rev. Gatewood accepted part of his pay in produce, including bananas and sugar cane syrup, and took those items with him to sell to finance the trip. On December 5th he started out from Everglades City toward Marco with another man and, when their borrowed sailboat capsized near Fakahatchee Island (due to a strong northern headwind and a “head tide”), a barrel of syrup poured out and “sweeten the bay for a considerable distance.” They waded out into the water and pulled the boat ashore. On December 18th he again started out for the Conference, this time accompanied by his wife with Captain R.B. Storter at the helm, but they immediately got stuck in Chokoloskee Bay at low tide. Later, when the tide came up, they were able to get to Coon Key and anchor for the night. The next day they got to Marco and ate dinner with George Gatewood’s friend, Capt. Bill Collier, 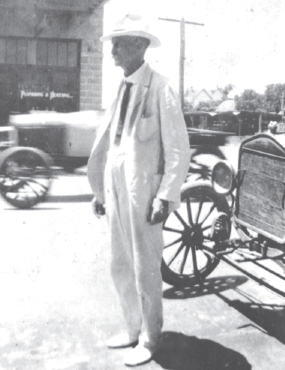 and the following day sailed north facing a strong headwind but were able to get to Punta Rassa (at the base of the current Sanibel Bridge) by 4 AM. The following day they sailed to Punta Gorda and it took several more days by train to Bartow, to Orlando, then to Leesburg and finally to Palatka where the Methodist Conference was being held.

Gatewood, during his 62 years here, was a keen observer of this area and especially the fishing industry. He reported that Captain Fred Quednau (later the mayor of Punta Gorda and the sheriff of Charlotte County), had once been in a boat off of Cape Romano seeing “50 acres of redfish where the water was about 25 feet deep and they were stirring up the sand from that depth. So many (redfish) were there that the fish at the surface were being lifted up by those below, creating the appearance of a coral oyster rock rising slightly above the water-level. The red cast of color was from the red color of the fish and their rippling of water helped give the appearance of being above the general surface level.” In 1892 Rev. Gatewood reported seeing a 56 foot long whale, “nearly dead,” that had drifted in to a pass west of Chokoloskee Island. The whale, tied to a mangrove tree, was being harvested by the Santini family of Chokoloskee who reportedly got 30 barrels of oil from the whale. When George and his wife Minnie rowed their boat around it they estimated the jawbone to be ten feet in length and the teeth to be “the size of a Jersey’s cow horn.”

In 1900 George Gatewood was appointed the “federal census enumerator” 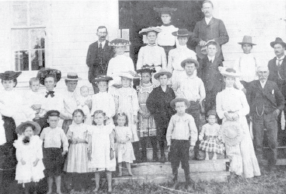 and sailed the islands in a light draft sailboat locating citizens and taking down data. He stumbled upon a vacant cabin and, while looking for the residents, found a moonshine still in the back yard, he quickly left and headed across the bay to another house where he found two men both drunk with “a barrel with the makings in it.” They had seen him and knew he had landed at the cabin and had discovered their still. They were not reassured that Gatewood and the man with him (named Parker) were not “revenue agents,” but finally they answered the census questions that Gatewood posed to them. It helped a lot that Parker was armed with a six-shooter.

Being a Methodist Circuit Preacher was also a risky profession at the time. Captain Bill Collier tipped Gatewood off that: “a certain old man around here who, with a shotgun, was hunting you a while ago saying he was going to kill you because of something you said last Sunday in the pulpit.” The old man was a Civil War veteran who had heard Rev. Gatewood had made “certain unfavorable remarks about old soldiers.” Gatewood avoided the old man until he and his wife Minnie and her sister, “Bird” were going from Chokoloskee to Marco and got stuck on a little island for three days during a huge storm. They ran out of fresh water and had no choice but to go to the old soldier’s home to get water. Minnie objected as she did not want to carry her husband’s body “as a corpse home,” but in the end the old soldier and his wife were very cordial and the threats apparently forgotten. 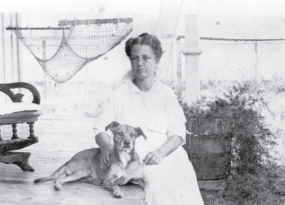 that did not turn out as well involved residents of Marco Island and their lack of Christian zeal. Gatewood built the first chapel on Marco. One of Rev. Gatewood’s Methodist congregation in Everglade, “Brother Lockhart,” who lived at Halfway Creek, and was described as “a steward, and an exhorter and was very zealous” became concerned over the “flock at Marco.” When Rev. Gatewood told him that he did not see “any change in them”, Lockwood, who had been recently licensed as an exhorter by the church, preached a sermon to Gatewood to demonstrate what he believed it would take to convert the Marco folks. At Rev. Gatewood’s request, Lockwood accompanied him on the next trip to Marco and did the preaching. Gatewood thought Lockwood did well, but noted that after the service those who attended chatted among themselves for a while then all went home. Lockwood said nothing as he and Rev. Gatewood went to their boat to prepare their dinner; when asked why he was so silent, Lockwood replied: “Well, I was just thinking about Paul when he was shipwrecked on the island of Melita where barbarous people showed him no little kindness and these folks here haven’t even asked us to dinner.”

Both of George W. Gatewood’s books are long out of print and his wife Minnie’s original diary is now located at Florida Gulf Coast University. They provide a rare look into everyday life at the turn of the century. George Gatewood died in 1947 at age 87 and his wife predeceased him in 1944, however their home still exists in Punta Gorda.

I want to thank Marya Repko of Everglades City for providing me copies of part of one of George Gatewood’s books for this article.