Resilience is the Key 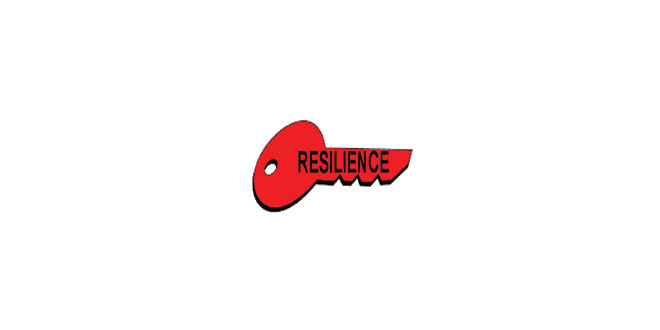 Question: What are your thoughts concerning the financial markets response to Brexit and the overall performance of stocks and bonds so far for the year?

Answer: We’ve certainly had our share of uncertainty and volatility in the first half of 2016. There are a variety of reasons but let’s start with Brexit. This is the term given to the United Kingdom’s decision to leave the European Union (EU) after 40 years. Obviously, this hit markets hard and the long-term effects remain unknown. One thing is evident though, the U.S. economy continues to show remarkable resiliency regardless of international events.

Because the European Union was designed to provide an easy flow of goods, services, capital and people across the borders of member countries, economists expect the U.K. to face restraints in foreign trade and global finance which could have a negative impact. There could also be additional reverberations as other of the 27 European Union countries like Italy and Scotland consider leaving the EU.

Global investors are watching to see how the scope of this major change will impact British economic growth rates over the next few years as well as European politics, currency and economic reforms. Meanwhile, several countries’ central banks have offered reassurance that they will provide liquidity if needed.

Not surprisingly, many investors turned to what they consider more stable investments like U.S. Treasuries and gold. It’s normal for lower-risk investments to hold up better than those with higher risk profiles. The first half of 2016 is no exception. Established, mature companies as well as dividend paying stocks typically fare better than smaller company’s stocks during declines and market pullbacks. Dividends are determined by the company’s board of directors, and are not guaranteed and will fluctuate.

The flight to quality occurred during the third quarter of 2015 and the first two quarters of 2016. This reaction from high quality bonds and stocks reinforces the importance of portfolio diversification to potentially to provide benefits during different market environments.

While the U.K. economy is likely to face slower growth, financial market volatility should begin to settle down soon. This isn’t a Lehman-type event. It’s a response to a surprise, not an outright panic.

Many investment professionals are predicting slower economic growth and lackluster capital spending around the globe. On July 7, 2016, the International Monetary Fund (IMF) reduced the GDP growth rate forecast for the Euro Area from 1.6% to 1.4% in 2017. This is primarily due to the Brexit referendum vote outcome.

Besides Brexit, other market drivers include the Fed’s easy money policies and stabilizing commodity prices. While the Fed did raise interest rates by 25 basis points in December 2015, its statements since don’t indicate higher rates anytime soon. Bond prices have benefitted, calming some market concerns about any headwinds higher rates could have placed on the U.S. economy.

While the U.S. dollar has risen, weakening currency isn’t limited to the British pound, but also includes China and Japan. In recent years, the slowing of China’s economy has had a noticeable impact around the world. Although China’s rate of deceleration seems to have tapered off in the past few quarters, its economy still isn’t growing at the high rate it had been and especially influenced financial markets earlier in the year.

Investors should also pay attention to how much the market costs compared to how much it’s earning. When markets are cheap, they tend to earn above-average returns as valuations move toward normal values, and when markets are more expensive, the opposite is true. U.S. large company valuations have risen relative to other asset classes such as small-cap and international equities. Over time, it’s believed that the markets will be driven by valuation factors including earnings, inflation and economic growth

That’s why it’s important to stay informed and know how your investments are positioned. Maintain perspective on the news you’re seeing and know what you own as part of a long-term, well-diversified financial plan. Those poised to capitalize on market movements may see buying opportunities of fundamentally sound investments that could further enhance their portfolios.

As Warren Buffet states, “The most common cause of low prices is pessimism; sometimes pervasive, sometimes specific to a company or industry. We want to do business in such an environment, not because we like pessimism, but because we like the prices it produces. It’s optimism that is the enemy of the rational buyer.” We expect more near-term volatility as the market looks for its equilibrium point while climbing a wall of worry. Stay focused and invest accordingly.

Information contained in this report was received from sources believed to be reliable, but accuracy is not guaranteed. There is no assurance that any investment strategy will be successful. The opinions expressed are those of the writer, but not necessarily those of Raymond James and Associates, and subject to change at any time. Diversification does not ensure a profit or protect against a loss. All investments are subject to risk. Past performance is not a guarantee of future results.